Hulu’s long-gestating “Devil in the White City,” which counts Leonardo DiCaprio and Martin Scorsese as executive producers, has found its star in Keanu Reeves. This marks the first major U.S. TV role for Reeves, who is primarily known for blockbuster films such as “The Matrix” franchise and most recently, the “John Wick” films.

Based on the bestseller by Erik Larson, “Devil in the White City” tells the story of Daniel H. Burnham, a demanding but visionary architect who races to make his mark on history with the 1893 Chicago World’s Fair, and Dr. H. H. Holmes, America’s first modern serial killer and the man behind the notorious “Murder Castle” built in the Fair’s shadow.

Holmes is believed to have killed up to 200 people in the Chicago area leading into the World’s Fair of 1893. 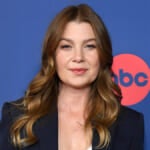 DiCaprio was first reported to play the role of Holmes back in 2010 after Appian Way acquired the rights to Larson’s non-fiction novel “The Devil in the White City: Murder, Magic and Madness at the Fair That Changed America,” with Scorsese directing. After bouncing around several studios including Warner Bros. and Paramount, it landed at Hulu in 2019 with DiCaprio and Scorsese moving to EP roles.