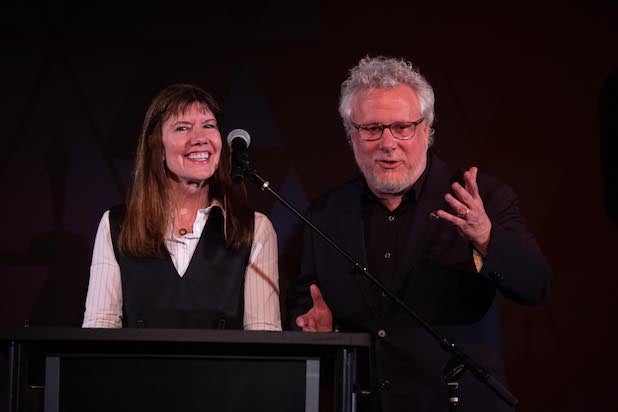 Diane Weyermann, who for the past two years has served as co-chair of the executive committee that oversees the Oscars’ Best International Feature Film competition, has stepped down from that position and recused herself from the committee this year, the Academy confirmed on Tuesday.

Weyermann did so because Participant Media, the company for which she serves as head of documentaries, was involved in the acquisition of the documentary “Collective,” which is Romania’s official entry in this year’s race. Participant is also distributing the film with Magnolia.

Weyermann herself is not credited on director Alexander Nanau’s film, which follows a group of Romanian journalists as they uncover a web of governmental and healthcare-industry corruption in the wake of a deadly 2015 fire at the Colectiv nightclub in Bucharest.

Larry Karaszewski will continue to serve as co-chair of the International Feature Film Award Executive Committee, and Academy President David Rubin has appointed director Susanne Bier to serve as co-chair in Weyermann’s place. Bier’s film “In a Better World” won the Oscar in 2011, when the category was called Best Foreign Language Film.

In 2018, when Karaszewski and Weyermann took over leadership of the committee after a lengthy run by Mark Johnson, the prime contender and eventual winner was “Roma,” in which Participant was also involved. At the time, TheWrap asked Weyermann if she saw that as a conflict of interest, and she said it wasn’t because she had nothing to do with the company’s narrative division.

But “Collective” falls under the company’s documentary division, which Weyermann does oversee.