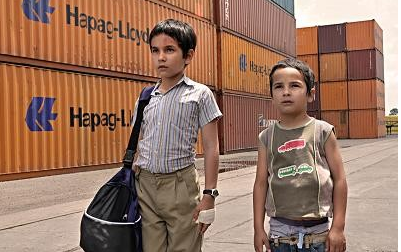 The movie is about a nine-year-old boy who process the trauma of his father’s disappearance by believing that he is an adult.

Luna sat down with TheWrap to talk about the origin of the film, the loss of his own mother at age 2, and the impact of fathers leaving their families in Mexico to seek jobs in the United States. "We're pushing kids to be adults before they should. They have to deal with death, the economy, crisis, divorce… We're ok with fathers not being there."

He shot the film so that the main actor, nine-year-old Christopher Ruiz-Esparza, would never know the traumatic story of the film. "So instead of asking a kid to become an adult to be in the world of cinema, we all had to play a game, and be like a kid. That was a feeling that was really special."

As for himself, he said: "If you become an adult before you're ready, you stay a kid your whole life."

Regardless, Luna now has a 19-month-old son himself, and his wife is expecting their second child.