BuzzFeed News first reported earlier this week that the Los Angeles city attorney’s office is considering bringing charges against him. A representative for that office confirmed to TheWrap that they were looking at a referral from police but had no further comment.

According to BuzzFeed News, a 25-year-old woman accused him of recording sexually explicit videos of her without her permission and distributing at least one of them without her consent. She also said he knowingly gave her chlamydia. She filed a complaint with the Los Angeles Police Department in Oct. 2020, and filed a request for a temporary restraining order earlier this year. 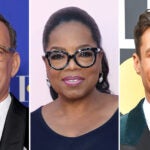 Also Read:
20 Celebrities You Had No Idea Dropped Out of College, From Tom Hanks to Oprah (Photos)

He could face charges of invasion of privacy and intentionally giving someone a sexually transmitted infection.

A representative for the 42-year-old, whose legal name is Thomas Wesley Pentz, did not immediately return a request for comment. Through a lawyer, he has denied the accusations in the past. Per BuzzFeed News, he accuses the woman of stalking, trespassing and distributing private materials and also secured a temporary restraining order against her.