The Directors Guild of America has announced its nominations in its television categories, with “Succession” sweeping the drama-series category by landing all five nominations for different episodes.

The last time a single series swept all the nominations in the category was 1983, when “Hill Street Blues” took every slot in a category that at the time only consisted of three nominations. No program, drama or comedy, has ever swept all five nominations in a DGA Awards series category.

In the comedy series category, “Ted Lasso” took three of the five slots, with “Hacks” and “The White Lotus” taking the remaining two.

In the category devoted for TV movies and limited series, the nominees were Barry Jenkins for “The Underground Railroad,” Barry Levinson and Danny Strong for separate episodes of “Dopesick,” Hiro Murai for “Station Eleven” and Craig Zobel for “Mare of Easttown.” 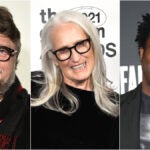 Other nominees include Bo Burnham for his special “Bo Burnham: Inside” and Kathryn Bigelow for an iPhone 13 commercial.

Netflix’s South Korean sensation “Squid Game” was not eligible for the DGA Awards.

The guild also announced its nominations for documentary directing, which were Jessica Kingdon for “Ascension,” Stanley Nelson for “Attica,” Raoul Peck for “Exterminate All the Brutes,” Questlove for “Summer of Soul” and Elizabeth Chai Vasarhelyi and Jimmy Chin for “The Rescue.

In the documentary-feature category, it’s normal for two or three of the DGA nominees to go on to receive Oscar nominations in the Best Documentary Feature category. Four of this year’s DGA doc nominees are on the 15-film Oscar shortlist in that category.

The DGA Awards will announce its feature-film nominees on Thursday, the same day on which the Producers Guild and Writers Guild will also announce their film nominations. 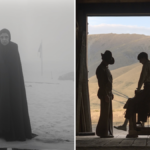 Also Read:
‘Tragedy of Macbeth,’ ‘The Power of the Dog’ Among ASC Awards Nominees for Cinematography

Here is the list of programs and nominated directors. The full list, including directorial teams, is available at www.dga.org.

ANDRIJ PAREKH
Succession, “What It Takes”

LORENE SCAFARIA
Succession, “Too Much Birthday”

LUCIA ANIELLO
Hacks, “There Is No Line”

MJ DELANEY
Ted Lasso, “No Weddings and a Funeral”

Movies for Television and Limited Series

PAUL DUGDALE
Adele: One Night Only

SMRITI MUNDHRA
Through Our Eyes, “Shelter”

RAOUL PECK
Exterminate All the Brutes

AHMIR “QUESTLOVE” THOMPSON
Summer of Soul (…Or, When the Revolution Could Not Be Televised)