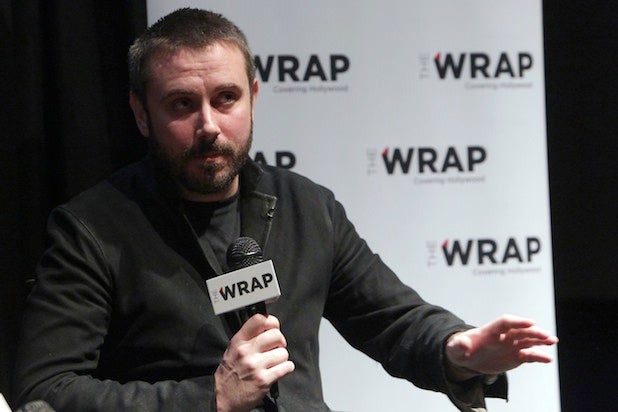 “You get threats, you get push-back. People who seem most eager to go after us are big-time, elite journalists who cover national security stuff,” Scahill said Tuesday night during the Q&A portion of TheWrap‘s Award Series screening. “Shockingly to both of us, we’ve had people who work at the CIA and US military say to us, quietly, ‘We agree with you.'”

Also read: ‘Dirty Wars’ Review: Good Story, but It’s Too Much Like an Infomercial for Journalist Jeremy Scahill

Scahill noted journalists’ objection to his subjective approach to the narrative that unfolds like a Hollywood espionage thriller, but promptly tossed the criticism aside.

“The idea that there is some form of objective journalism is such bullshit,” Scahill said. “The truth is just true sometimes. Objectivity doesn’t exist. But what does is transparency, accuracy, and question of whether you’re providing a public service.”

“Dirty Wars” documents Scahill’s three-year journey to expose the truth about drone strikes and top-secret covert attacks on suspected terrorists residing in the Middle East — in and outside of countries the United States has officially declared war upon. The sad truth the film concludes is that America’s War on Terror that began after 9/11 has claimed a disturbing amount of innocent lives, and continues to create more new enemies abroad than the amount being eliminated.

“Tacitically, and strategically, this war has been profoundly counter-productive,” the film’s director, Rick Rowley, said.

In the 12 years since Al-Qaeda claimed responsibility for a series of devastating terror attacks on U.S. soil in 2001, Rowley said that “maybe a million civilians” have been killed around the world, while the Islamic terrorist organization has grown “a hundred times larger.”

Both Scahill and Rowley are not shy about their political opinions, or the film’s objective: To start a conversation about how to put an end to the covert warfare that has erupted around the world since President Obama’s administration created “a systemized algorithm for determining who lives an dies around the world.”

“The reason we didn’t end the film with statistics or a plan is we wanted to start a dialogue, because we don’t have the answer to that question,” Scahill said. “The single most important issue that any young person can work on is getting corporations out of our political system. We have a legalized form of bribery and corruption in our country called campaign financing.”

The question of combat ethics that “Dirty Wars” raises is only complicated by Obama’s progressive status among the left-leaning citizens and politicians, alike, who would gasp at the reality of Obama’s “clean” war that the film presents. In one incident Scahill investigates, two pregnant women are among victims shot to death by the U.S. military during a night raid on an Afghanistan home housing no known terrorists. In another, dozens of women and children are left dead after a drone strike on a poor village in Yemen.

“It’s in times when someone you like is in power when your actual principles are tested,” Scahill said. “Part of the reason we made this film is that in a time when you have a transformative figure in office, there are policies of his administration that, I think, many democrats or liberals would oppose if a Republican was making them.”