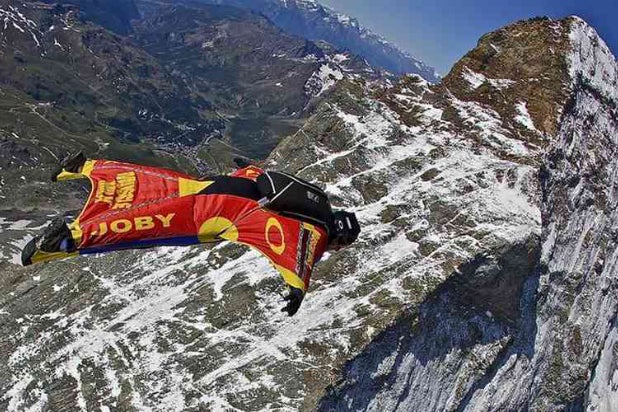 Discovery Channel President Eileen O’Neill said that the network will not shy away from covering dangerous situations, in the wake of an avalanche at Mount Everest that claimed 13 lives and caused Discovery to cancel its planned “Everest Jump Live.”

“There certainly have been inherently deadly situations that we’ve been a part of for either documentaries or for series,” O’Neill told TheWrap.

“Discovery has always documented the world in good environments and in really extreme and tough environments,” she added.

As TheWrap previously reported, the network will use footage collected during the preproduction phase of the “Everest Jump Live” for a documentary on the world’s tallest mountain and its conditions before and after the April 18 avalanche. Crews from NBC News’ Peacock Productions, which was producing the special, were on Mount Everest at the time of the disaster.

The teams had gathered about 10 days worth of material — including preparations, behind the scenes looks and interviews — before the avalanche, and a combination of footage, stills and audio in its aftermath.

“Immediately the response was to help in any recovery and assistance there, so expedition and production people pitched in wherever they thought it was appropriate,” O’Neill said. “Once the event was over and they had time to catch their breath, they did what they’re trained to do and have experience to do is to start some documenting, but with a large filter of sensitivity.”

“There were definite patches of time where they put cameras down and recording devices out of respect for the community, and at any direction that they were given there,” she added. “But the documenting was as appropriate as could make it, and it certainly wasn’t aggressive, given how horrific and historic that avalanche itself was.”

O’Neill said the decision to cancel “Everest Jump Live” was out of respect for the tight-knit community of climbers who suffered a great loss. Among them were Sherpas that had been working with Discovery, as well as daredevil Joby Ogwy.

“Some that did die were attached to our particular expeditions,” O’Neill said. “We felt like we had partnered with them to begin with because they were extremely talented and, in Joby’s team’s case, experienced and had deep relationships with him. And so it was hard to imagine that we’d be able to replace them in any reasonable amount of time, if ever.”

But O’Neill acknowledged that shuttering the production means Discovery will have to swallow significant costs. The network had partnered with GoPro and other sponsors with which it is beginning to discuss how to recoup potential losses.

“As you can imagine, a project of this magnitude requires a big investment, because you want to do it correctly, you want to do it safely,” she told TheWrap. “We’re still at the beginning stages of what there is to recover, and we’re really involved now in trying to get this special done, but it was a big undertaking and we do believe we made the right decision giving all the circumstances attached to it.”

O’Neill, who is group president of Discovery Channel, Science Channel, and Velocity, said that it’s still too early to know whether the network will return to Everest or plan another live event with Ogwyn.

Discovery has another daredevil special coming up, “Skyscraper Live with Nik Wallenda.” O’Neill said that the network has strict safety measures in place for that event – where Wallenda will cross between two yet-to-be-determined skyscrapers in Chicago on a high wire – but keeps its viewers in mind when planning these specials.

“We follow some pretty strict protocols that we obviously initiated at the Grand Canyon walk, and we’ll continue to apply those to these circumstances,” O’Neill said.

“In terms of respecting our audience and making certain that their viewing experience is appropriate, that’s something that’s always top of mind for us. We have, plans in place; we had plans in place obviously for Everest, and we’ll continue to be vigilant on the responsibility that comes in delivering live events to audiences.”