Update, Wednesday Night: Florida Gov. Ron DeSantis confirms he and Chapek spoke but, unsurprisingly, didn’t change his mind and will sign the homophobic bill into law.

Original story, Wednesday morning: Disney CEO Bob Chapek said during the company’s shareholders meeting on Wednesday that he will be meeting with Florida Gov. Ron DeSantis, along with other Disney LGBTQ+ leaders and cast members, in order to discuss the controversial “Don’t Say Gay” bill that was passed in the state legislature this week.

Chapek and Disney had been highly criticized for not speaking out publicly on the issue, but on Wednesday he explained that the company privately opposed the legislation “from the outset” and were lobbying against it among the state legislature but were “unsuccessful.”

Chapek said that this was “not the outcome we were hoping for” and that in response it is now signing the Human Rights Campaign (HRC) statement opposing the legislation and will be donating $5 million to LGBTQ+ groups. 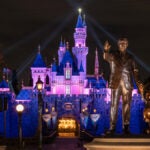 “We take very seriously our inclusion across the company, as you heard in my statement, we unequivocally stand in support of this group,” Chapek said in part. “We continue to believe we can do a lot of good for people together.”

Chapek said that he called DeSantis Wednesday morning to express his concerns and that he agreed to meet with Chapek and other leadership at Disney. He also responded to a question asking what he hopes to gain from the meeting with DeSantis, and Chapek said that DeSantis “committed to me that he wanted to make sure that this law could not be weaponized in any way” and suggested that they look at the legislation as written.

“He was very open to this conversation and finding out what aspects are most concerning and working to ensure this could not happen in the state of Florida with legislation,” Chapek said. 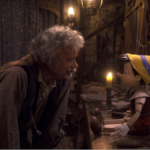 Chapek, however, also responded to concerns about Disney’s political contributions after it found that it had given to sponsors and co-sponsors of the “Don’t Say Gay” bill. Chapek argued that the company gives to candidates on both sides of the aisle and that they have “no idea” how the candidates will vote on certain issues going into the future, adding that they had also given to candidates who oppose the bill. However, he reiterated that they will reassess those political contributions at an upcoming meeting in April, as he alluded to in an internal memo Monday.

The “Don’t Say Gay” bill, officially called the Parental Rights in Education bill, is designed to prohibit Florida schools from teaching students between kindergarten and third grade about topics of sexual orientation or gender identity. The bill passed in the Florida Senate on Tuesday and governor Ron DeSantis has previously indicated that he intends to sign it into law.

While Republicans and DeSantis have defended the bill saying that it only bans “planned lessons” on sexuality, critics have said the bill is designed to stifle conversations about LGBTQ+ youth. Many Disney employees have taken to social media to express their concern, specifically under the hashtag #DisneySayGay and #DisneyDoBetter.

As TheWrap reported, many LGBTQ+ activist groups were furious at Disney’s silence on the bill after Chapek said in an internal memo that he believed such corporate statements could be “weaponized” and be “counterproductive” and said the content Disney produces would be a greater statement than any corporate messaging. 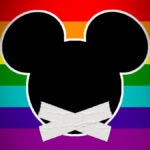