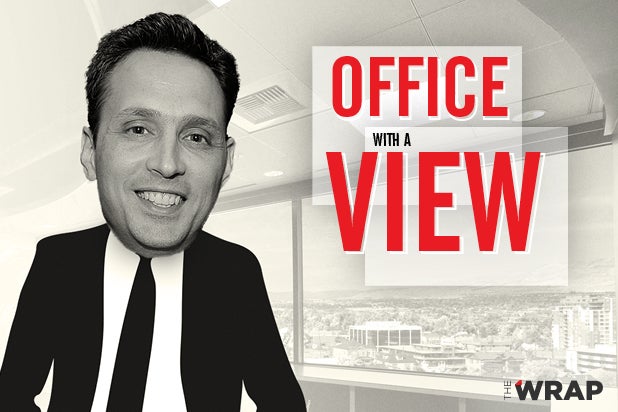 As mobile games become increasingly important to a studio’s bottom line, play is becoming serious business. Disney Interactive is one of the world’s largest creators of interactive entertainment and Pitaro has been responsible for reorienting the division and pushing it to profitability.

The division recently emerged from a period of turmoil after several disappointing quarters and the departure of co-president John Pleasants in November of 2013. Then earlier this year in March 2014 Disney Interactive saw a 26 percent reduction in staff, a loss of 700 employees overall.

TheWrap sat down Tuesday with the executive at Disney Accelerator Demo Day, where he served as a mentor to several startups looking to revolutionize the entertainment industry.

Here’s how Pitaro is looking to shakeup interactive.

The role Disney Interactive plays at the studio
There are five groups at the Walt Disney company, there are five teams, Media Networks, which is our cable channels, our broadcast networks ABC, ABC Family, ESPN, Disney Channel. We have our movie studio. We have our consumer products, our theme parks and resorts and cruise lines. And then Disney Interactive. We are both a vertical and a horizontal. When I say vertical I mean we are a business with a P&L. But we are also a horizontal in that we partner and work closely with each of the other segments in a digital capacity. On any given day we could be focused on either driving a specific product in our group within Disney Interactive and or working with another segment to drive value specifically for them.

Strategy for moving forward after the shakeup
We did a reorganization, a large reorganization earlier in the year and the focus was on really looking at fewer games and making sure that every single game was leveraging core intellectual properties. Games that were focused on working game mechanics in the industry today and games that we really believe were super high quality. Today what we’re doing in the mobile gaming side is a combination of vertical in-house development and partnerships. We are still very much interested in key partnerships across the globe where we share the risk with other high-quality game developers. We actually have a game in market right now called “Frozen: Freefall,” which obviously leverages the fantastic intellectual property that came out of the “Frozen” animated feature. That game is doing incredibly well for us. But it was developed with an external partner. We published the game, we market the game, we get all of the data on the game. But it was a less risky proposition for us because we had a partner on the development side. That model is still super interesting to us. So it’s really a combination of both in-house development and partnership in terms of mobile games.

On Disney’s commitment to mobile
Infinity is probably the exception for our division because it’s primarily today a console game and it’s also vertically developed. And when I say vertically developed it means it was built in house by a studio that we have called Avalanche in Salt Lake City. That is the exception. In terms of console development going forward most of what we do outside of Infinity will be on the licensing side. In terms of vertical development, on the mobile side the majority of what we do will actually be tied to intellectual properties like “Star Wars,” Marvel and Pixar. I think historically we’ve probably spread ourselves a little bit too thinly and invested in a few too many games. As we move forward in the mobile gaming space we’re really looking at fewer games and making sure that they’re all high quality. And like I said leveraging existing intellectual properties. We like to say at this company that the best business model is quality. And when you’re doing too many things it’s really hard to focus on quality.

How Disney keeps up with technology
We like to say we need to change the tires as the car is driving down the highway. There’s a lot of truth to that. Like I said, we’re a business and we’re very focused on profitability and driving value for our shareholders. At the same time we need to be making investments today in these new technologies. My biggest challenge as the leader of the group is to make sure that we are driving the business today and setting ourselves up for future growth. We’ve been quite successful at doing that over the past year. We’re sitting on several profitable quarters back to back right now. We have a couple really successful products in market today, one of which is called Infinity. It’s in the category of toys-to-life, which is this idea of taking real life products and combining them with digital experiences and creating these compelling experiences for our guests. That product is driving a lot of the momentum that our division is seeing right now.

On Leveraging “Star Wars” and the future Disney Interactive
We launched a game on the “Star Wars” side just a few months ago called Star Wars: Commander. We launched first on iOS, then just recently on Android. The game is  a real time strategy game and it’s doing incredibly well for us. We’re super pleased with the performance, this is the definition of a brand deposit for the company. It’s super high quality, it’s 4.5 stars on iOS and I think today 4.2 stars in the aggregate on Google Play. So we’re very pleased with the quality we’re very pleased with the performance. Star Wars: Commander is really an example of the types of games we’re going to be launching going forward. Again, super high-quality games with a working game mechanic leveraging our best intellectual properties.