Disney has slammed the passage of the “Don’t Say Gay” bill in Florida and wants the law to be repealed after the state’s Republican governor Ron DeSantis officially signed the controversial legislation into law on Monday.

In a statement, the company said that they would like for the bill to be repealed or struck down in the courts and are working with other state organizations to achieve that goal.

“Florida’s HB 1557, also known as the ‘Don’t Say Gay’ bill, should never have passed and should never have been signed into law. Our goal as a company is for this law to be repealed by the legislature or struck down in the courts, and we remain committed to supporting the national and state organizations working to achieve that. We are dedicated to standing up for the rights and safety of LGBTQ+ members of the Disney family, as well as the LGBTQ+ community in Florida and across the country,” a Walt Disney Company spokesperson said in a statement on Monday. 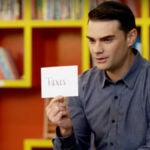 Disney has been in hot water for not previously taking a public stance on the “Don’t Say Gay” law, leading to company walkouts from LGBTQ+ employees over the last week.

The bill, officially called the Parental Rights in Education bill, will now prevent teachers in Florida public schools from holding any classroom instruction about sexual orientation or gender identity. While some parents have defended it as a way of determining their own ways of introducing such LGBTQ+ topics to their children, many others have said it suppresses LGBTQ+ expression and conversation by seeking to remove it from the classroom altogether.

For Disney, which operates Disney World in Florida where CEO Bob Chapek had said they had privately lobbied against the bill, controversy cropped up when it was found that Disney had given donations to politicians who were sponsors or co-sponsors of the legislation. But things got worse when a leaked internal memo said Chapek had defended the company’s lack of a public statement. Chapek then agreed to meet with DeSantis, but when DeSantis did not change his mind and even mocked Disney as a “woke” corporation, Chapek finally agreed to pause all political donations and apologized again to LGBTQ staff.