A self-proclaimed “super hacker” who claims to be bent on revenge against Disneyland employees posted a flood of racist slurs on the California theme park’s Facebook and Instagram accounts early Thursday, according the Daily Mail.

The posts were deleted within the hour, but were captured via screenshot by the British tabloid. Disney parks representatives did not immediately return messages left early Thursday morning.

Self-identified as “David Do,” the hacker took over the park’s Instagram and Facebook accounts early Thursday, making several posts using the n-word and wild claims that he “invented” COVID-19 – all supposedly because Disney staff mocked him “for having a small penis,” he said. 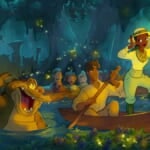 Also Read:
Disney Parks’ ‘Princess and the Frog’ Redo of Splash Mountain Gets a Name and a Launch Date

The hacker first posted just before 4 a.m. PT, the Mail reported. Disneyland quickly deleted the posts from its accounts, which have more than 8 million followers combined.

“I am [expletive] tired of all these [racial slur] Disney employees mocking me for having a small penis,” he wrote. “WHO’S THE TOUGH GUY NOW JEROME? GET HACKED YOU [expletives].”

It wasn’t clear to whom he was referring, if anyone. Do’s real identity wasn’t revealed, and his posts contain all the hallmarks of an “edgelord” – an internet poster who intentionally uses shocking ideas, language or images for the purpose of stirring up controversy or upsetting people’s feelings.

But the hacker did leave some clues that he at least has a working understanding of Disney: He shared an image of two men, making a racist riff on “You are watching Disney Channel,” a tagline for the TV brand that goes back years. 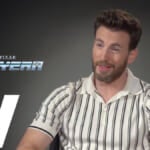 Also Read:
Chris Evans Is Ready for His Own ‘Lightyear’ Ride at Disneyland: ‘That’s the Dream’ (Video)
x