Back in 2020 Disney announced that its popular (but highly controversial) attraction Splash Mountain would get an overlay, this time themed to “Princess and the Frog,” its 2009 animated feature that starred the studio’s first African American Princess, Tiana (voiced memorably by Anika Noni Rose).

Now the company has finally announced some details, chiefly that the attraction’s new name will be Tiana’s Bayou Adventure and that it will open at Walt Disney World and Disneyland in late 2024. If you want to take one last trip to the Laughin’ Place, you might want to do it soon …

Announced today during Essence Fest in New Orleans (where the film and new attraction will be set), Disney also announced the first concrete details of the attraction’s storyline: “Picking up where the film left off, guests will join Princess Tiana, Naveen and jazz-loving alligator Louis on an adventure through the bayou as they prepare to host a one-of-a-kind Mardi Gras celebration where everyone is welcome. Along the way, guests will encounter familiar faces, make new friends and travel through the bayou to original music inspired by songs from the film as they are brought into the next chapter of Tiana’s story.”

Tiana’s Bayou Adventure will replace Splash Mountain, the cutting-edge log flume attraction that debuted at Disneyland in 1989 and at the Magic Kingdom in Walt Disney World in 1992, opening almost simultaneously with the version at Tokyo Disneyland. The attraction is based on characters and storylines from Walt Disney’s controversial 1946 feature “Song of the South.” That film featured live-action performers alongside animated characters and has been criticized, almost since its release, for its portrayal of Black characters and a perceived reinforcement of stereotypes. 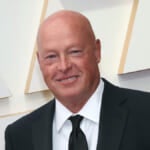 Despite its troubling history, “Song of the South” has been periodically re-released throughout the years. In 1986 it was re-released theatrically and was a top 10 sensation. (It was supposedly this release that got Michael Eisner to green light the Splash Mountain project. The attraction was officially announced in 1987.) “Song of the South” has never been officially released in America on home video or streaming, a stance that major critics like Roger Ebert applauded. More recently, the movie was the subject of the podcast You Must Remember This.

Splash Mountain was the brainchild of legendary Imagineer Tony Baxter, who wished to add a new attraction to the Bear Country (now Critter Country) area of Disneyland to utilize audio-animatronic characters from America Sings, an attraction in Tomorrowland. A difficult attraction to design and execute, given the indoor show building, proximity to water and sheer number of audio-animatronic figures, its release date was pushed back, fumbling a major promotional tie-in with McDonald’s. (There was also the issue of how steep the incline of the big drop was; at first it was too severe.) When the ride finally opened, it was accompanied by the usual fanfare, including a prime time special starring Ernest (Jim Varney) called “Ernest Goes to Splash Mountain” (see below).

Hailed as a masterpiece in terms of design and craft, Splash Mountain’s uncomfortable connection to “Song of the South” (even though it features no human characters it still perpetuates many of the same stereotypes) has diminished the impact of Splash Mountain. (Honestly, how a state-of-the-art attraction in 1989 was based on a racially insensitive, little-seen feature from 1946 is troubling.)

The Splash Mountain redo was initially announced in the summer of 2020, around the time that Black Lives Matters protests were taking place across the country. At the time, the company only provided some loose concept art and no definitive timetable. But small changes started to occur afterwards; the use of “Zip-A-Dee-Doo-Dah” started to be eliminated from elsewhere in the park (like as part of the Main Street music loop) and discussion of the redo continued. The same year that they announced the redo, they added the ”Inclusion” key to their employee (who they refer to as cast members) training.

If you are looking to ride Splash Mountain one last time, it might be a good idea to schedule your trip in the next few months. It’s a big, complicated ride and will take a lot of time to reconfigure. (Disney doesn’t operate Tokyo Disneyland, the Oriental Land Company does, and they have made no announcements about switching out their version of the Splash Mountain attraction.) A “Princess and the Frog” spin-off series for Disney+, titled “Tiana,” is scheduled to debut on the streaming service next year. 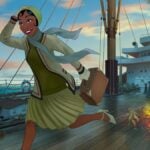