In a new trailer released Friday for HBO’s upcoming documentary “DMX: Don’t Try to Understand,” fans of the late rapper can watch the moment Earl “DMX” Simmons was released from prison in 2019 and began what would be his final concert tour.

“Don’t Try to Understand” picks up with DMX on January 25, 2019, the day that he was released from prison after serving 12 months for felony tax evasion. The cameras were there to witness his reunion with family that day and it wasn’t long before he set off on a tour to reconnect with fans on stage.

Directed by Christopher Frierson and executive produced by The Ringer’s Bill Simmons, the film aims to show how DMX managed to remain grounded and inspire people to overcome pain and hardship. 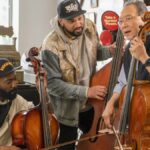 “I wasn’t eating three meals a day. I didn’t have clothes freely given to me. But I came here to give a message,” DMX says in the trailer. “The Gospel According to X.”

DMX died in April of this year at age 50 after he suffered a heart attack and then spent six days on life support. The rapper behind “Party Up (Up in Here)” and “X Gon’ Give It to Ya” was heralded as an icon and a legend for his honesty and intimacy on stage and he also boasted an impressive resume of acting roles.

“Don’t Try to Understand” is the latest in a string of music documentaries on HBO called the Music Box series, which has also included films about Woodstock, Kenny G and Alanis Morrissette. The film is a cinéma vérité style documentary and filmmakers had rare access to DMX in a pivotal time as he tried to reinvent and redeem himself. 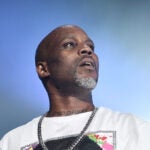 “DMX: Don’t Try to Understand” debuts on Thursday, Nov. 25 at 8 p.m. ET/PT on HBO and will also be available to stream on HBO Max.

Check out the full trailer for the film above.