IFC today released the first round of casting for “Documentary Now!” Season 4 (or Season 53, according to the in-universe joke of the series) which includes Cate Blanchett (“Blue Jasmine,” “Carol”), Jamie Demetriou (“The Afterparty,” “The Great”), Trystan Gravelle (“Lord of the Rings: The Rings of Power”), Jonathan Pryce (“The Crown,” “Game of Thrones”), John Rhys-Davies (“The Lord of the Rings,” “Indiana Jones”) and Harriet Walter (“Succession,” “Killing Eve”) as well as musical artist Tom Jones.

The all new six-episode season will begin airing on IFC and AMC+ later this fall. Blanchett previously guest starred in the Season 2 episode “Waiting for the Artist.”

Co-created by Fred Armisen, Bill Hader, Seth Meyers and Rhys Thomas, and hosted by Helen Mirren, the series is executive produced by Lorne Michaels and produced by Broadway Video. The announced cast toplines the three previously announced episodes from the upcoming season written by Meyers. 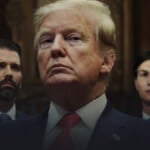 “Two Hairdressers in Bagglyport” will star Blanchett and Walter as it pays homage to fashion documentaries “3 Salons at the Seaside” and “The September Issue.” The episode is a fly-on-the-wall portrait of a hair salon owner (Walter) and her staff (Blanchett), in the small coastal village of Bagglyport as they prepare their yearly stylebook. Armisen will also star as George the Postman.

“How They Threw Rocks” will feature Welsh actors Gravelle, Pryce and Rhys-Davies, as well as Welsh singer Tom Jones. In the vein of “When We Were Kings” and other great explorations of sport, the episode chronicles the Welsh sport of Craig Maes, also known as “Field Rock,” and the iconic 1974 bout dubbed “The Melon vs. The Felon (Gravelle).” Fellow Welsh actor Sam C. Wilson (“Dodger”) joins as infamous Craig Maes competitor Sior Strawboss or “The Melon.”

“My Monkey Grifter” will be helmed by Demetriou. Drawing inspiration from “My Octopus Teacher,” the episode follows Benjamin Clay (Demetriou), a filmmaker who forms a deep, emotional, and financially taxing relationship with a monkey who may have ulterior motives. Armisen also joins as Detective Blakely. 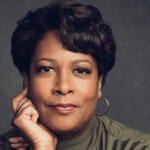 Additional guest stars and documentaries will be announced at a later date.