“Confirmed,” a new docuseries from Dawn Porter (“The Way I See It,” “John Lewis: Good Trouble”), that will trace the modern history of the Supreme Court, and the people, decisions and confirmation battles that have shaped the United States is headed to Showtime, the cable network announced Tuesday. The four-part series will air in early 2023.

Here’s a logline for the docuseries: “From the right to privacy, to access to the ballot, and all rights protected by the Constitution, the nine unelected justices of the Supreme Court have the final word on issues that shape our democracy and daily lives. The series unfolds during a profoundly consequential year, from the historic confirmation of Ketanji Brown Jackson, the fallout of an unprecedented leak from inside the Court’s chambers, and a Supreme Court, remade by former President Donald Trump, in the wake of overturning Roe v. Wade. To understand this critical moment, the series looks back at the Court in the 1950s, when Chief Justice Earl Warren heralded an era of progressive legal decisions that set the zigzagging path the country is still walking today. As the Court’s role in American society becomes increasingly prominent and bitterly contested, “Confirmed” reveals how much of the country’s story is wrapped up in the Supreme Court’s deliberations and considers what this means for America’s future,” per Showtime.

“You can easily argue that more than any election or institution, the future of the U.S. will be dictated by the actions of the Supreme Court,” Vinnie Malhotra, Showtime Networks executive vice president, nonfiction programming, said in a statement. “’Confirmed’ will bring indispensable context to how we got to this moment in time, while also breaking down the maelstrom of activity that is altering the course of the nation this very year.” 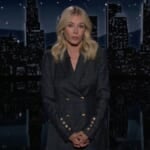 “We’ve been working on this series for months now, but I’ve recently began to describe it as a thriller,” Porter said in a statement. “We literally are trying to keep up with a seemingly never-ending story of change. Showtime had the presence of mind to commission this project well before we knew what monumental shifts would occur during production. We hope everyone will tune in to learn more about one of the most powerful influences in America. The Supreme Court determines our fundamental rights and privileges. We all need to know how it works.” 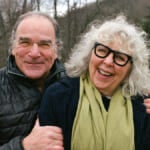