Sense of place is a major theme in the Best Documentary category at this year’s Oscars. The five nominated movies span the globe from India to New York to China and Afghanistan, and the filmmakers involved with each movie joined TheWrap’s awards editor Steve Pond for an engaging conversation about making their movies.

Pond spoke with Ahmir “Questlove” Thompson, director of “Summer of Soul (…Or, When the Revolution Could Not Be Televised);” Jessica Kingdon, director of “Ascension;” Stanley Nelson, director of “Attica;” Monica Hellström, producer of Jonas Poher Rasmussen’s “Flee;” and Sushmit Ghosh, director (with Rintu Thomas) of “Writing with Fire.” All are first time Oscar nominees.

Questlove, a frontman of The Roots, explained that he approached directing “Summer of Soul” with a little trepidation, but was energized by the chance to document the 1969 Harlem Cultural Festival, an often overlooked cultural moment.

“The thought that something so precious could be discarded, like an uneaten hot dog at a carnival, made me angry,” he said. “I wanted to make this film so that I could reverse-vicariously and make it for my 5-year-old self. And I just channeled all the creativity I had in me into this project.”

Nelson pointed out the links between “Summer of Soul” and his documentary “Attica,” a reconstruction of the deadly 1971 prison rebellion in upstate New York. Nelson’s storied career, which has garnered him three Emmys and the National Humanities Medal, includes films such as “The Murder of Emmett Till,” “Freedom Riders,” and “Jonestown: The Life & Death of People’s Temple.” 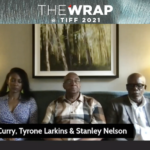 Questlove added, “A common thread of the two films is that you have a group of marginalized people searching for their humanity and healing and understanding. And a group of people who otherwise aren’t seen in society, to be frank, as human beings, or equal human beings. There’s a connective thread there.” 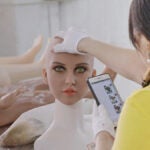 The impressionistic “Ascension” is also a portrait of marginalization, though in a completely different style. Kingdon’s film is structured as a series of observational vignettes, illustrating the class ladder in modern China.

“The film is a very narrow portrait of capitalism in contemporary China,” Jessica Kingdon said. “In just a few decades (China) went from what was known as the ‘world’s factory’ to the largest consumer market in the world. So there are larger philosophical questions related to the meaning of work and what a good life looks like – and that’s all magnified in contemporary China.”

“Writing with Fire” also examines the rungs of a class ladder, but via an independent news agency operated by the lowest-caste women in India. The film showcases five tumultuous and inspiring years for the small staff of female journalists and editors as they report the news. 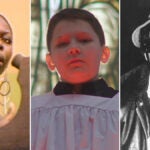 Ghosh said he was wowed by his first encounter with the team. “We were in a little town in the heart of India, with women who didn’t have sophisticated technology but were talking about the most sophisticated processes of journalism and the importance of readership. That drew us in, because there was so much energy and power in the room. And we instantly knew that this was the story we’d been waiting to develop.”

The Danish film “Flee” took nearly ten years to materialize as a documentary, but the long gestation paid off with an historic three Oscar nominations in three different categories: Best Documentary Feature, Best Animated Feature, and Best International Film. The movie tells the story of a man named Amin, who opens up for the first time about his life as an Afghan refugee.

“One of our biggest goals was to keep the authenticity,” said producer Monica Hellström. “It is a real story and it is a documentary, so it was very important for us to make everything accurate.” 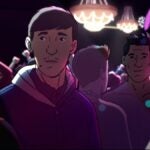 “Animation frees you up,” Hellström said, noting that the less polished drawing style in much of the film was a deliberate way of presenting memories. “We used 2-D animation but we also used a very abstract, graphical layer, which really (enhanced) the emotional way of talking about feelings and the difficulty in remembering. It gave so much to the way of telling the story.”

For much more from these filmmakers, including about the painful process of editing a film down (not a single one of the nominees is more than two hours, it should be said), check out the full conversation here.