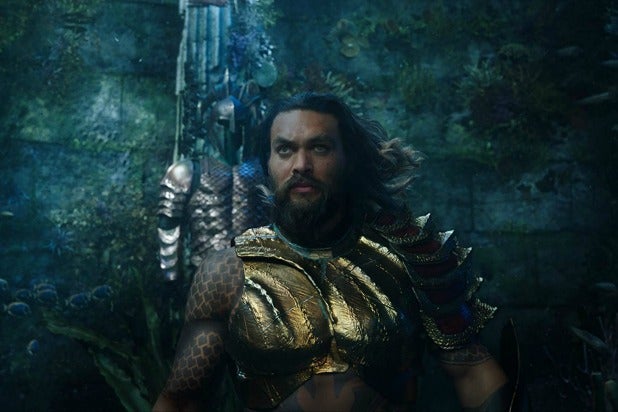 “Aquaman” is the first DC Comics movie since the ill fated “Justice League” in 2017, and thus serves as sort of a soft reboot for the cinematic DC universe. It’s the polar opposite of the old Zack Snyder-driven DC Extended Universe, bringing an overwhelming color palette and fully embracing the weirdness of Aquaman’s world rather than trying to ground it or make it grim and gritty in any way.

Up until “Justice League,” the DC Snyderverse was conspicuous for bucking the superhero movie trope of including a bonus scene after the credits to tease future movies or just have some fun (or both, as is the case with most Marvel movies). None of “Man of Steel,” “Batman V Superman” or “Wonder Woman” included a post-credits scene, but “Justice League” did — teasing a direction for the DC movies that may or may not ever happen.

In any case, the James Wan-directed “Aquaman” represents a new day for DC on the big screen. It’s a film that has no obligations to the way past DC movies worked, so whether its predecessors had post-credits scenes isn’t relevant to whether “Aquaman” has one.

So let’s get down to it: Does “Aquaman” have any extra scenes after the credits you need to stick around for, or is it safe to head out once the credits roll if you need to?

The answer is yes, “Aquaman” has one extra scene, which comes mid-way through the credits. This mid-credits scene reveals the fate of Black Manta, and teases his future working alongside Randall Park’s alarmist pundit character, Dr. Shin, who made a brief appearance early in the film.

For more info on what all that means, you can check out our explainer here.

Also Read: Does 'Aquaman' Connect to 2017's 'Justice League' or Just Ignore It?

That is however the only extra scene in “Aquaman” — there’s nothing at the very end of the credits. So once you see the scene I described above, you’re all set. Though, of course, we do always encourage all moviegoers to stick around through the credits in appreciation for the many people responsible for bringing the film to life. But if you’ve gotta go, you can rest assured knowing there’s just the one extra scene, and no post-credits scene.