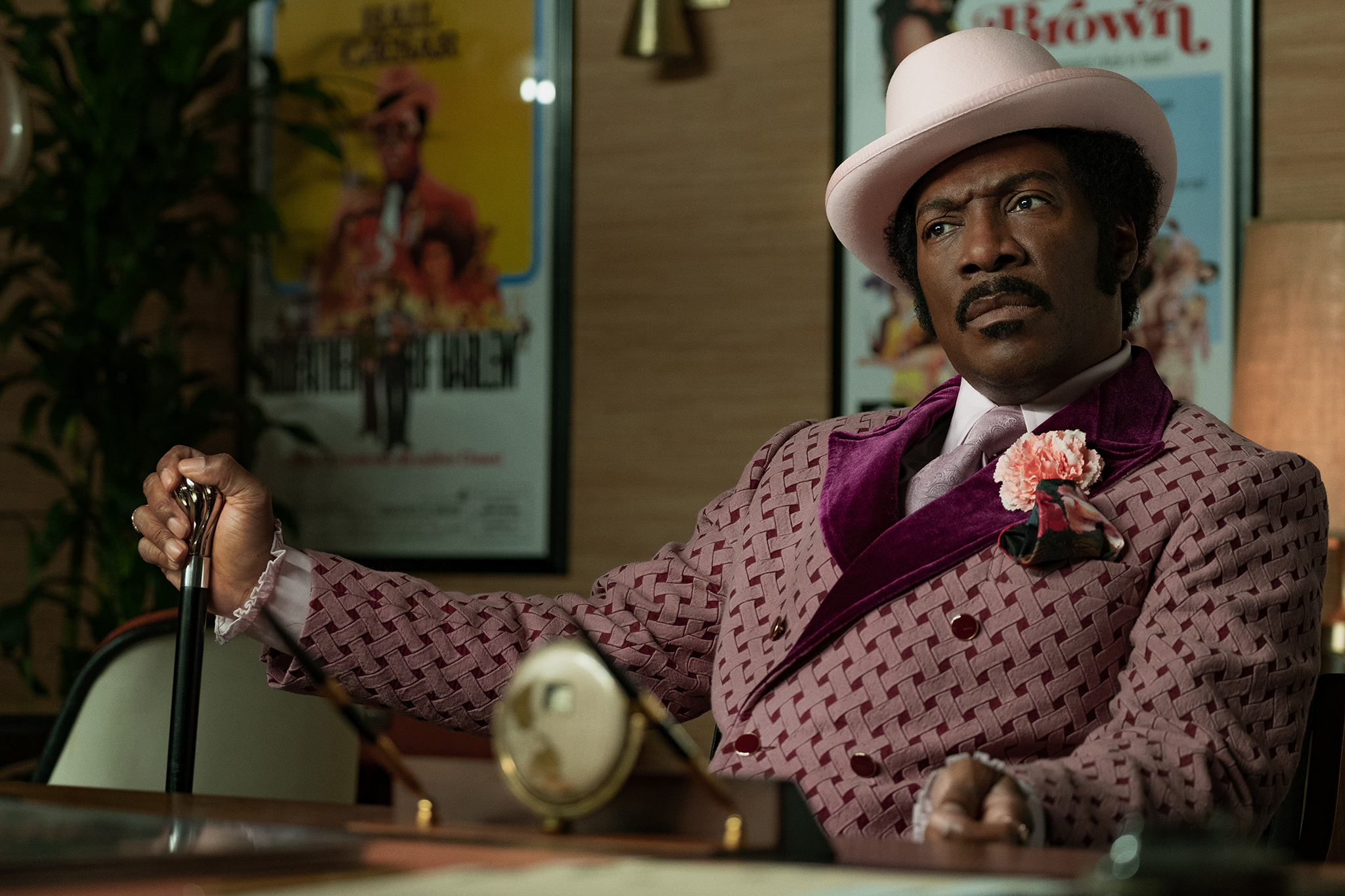 ‘Dolemite Is My Name’ Writers Explain the Secret to Great Biopics

A version of this story about “Dolemite Is My Name” writers Scott Alexander and Larry Karaszewski first appeared in the Actors/Directors/Screenwriters issue of TheWrap’s Oscar magazine.

(After those, they also did the award-winning “The People v. O.J. Simpson” miniseries.)

Their latest is “Dolemite Is My Name,” the outrageous chronicle of pioneering African-American comic and blaxploitation legend Rudy Ray Moore, whose ragged but successful attempt to turn himself into a movie star seems unbelievable but isn’t. 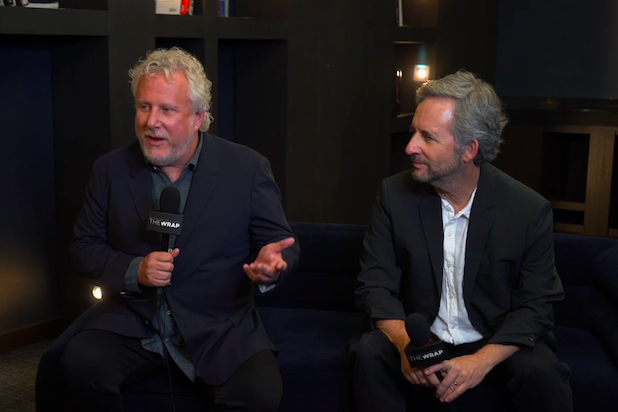 “For us, the stories are so outrageous, but we really try to stick as closely to the truth as we can,” Karaszewski said. “Almost every scene in ‘Dolemite’ has some basis in an event that actually occurred. Where the art and the juggling comes in is when you have to condense things. You’re taking someone’s life and turning it into two hours, so it’s like making broth, where you’re boiling everything down to a dramatic form. And for us, the whole beauty of it is that truth is stranger than fiction, so use as much of it as you possibly can.”

And while the screenwriting team, who met at USC film school in the 1980s, will compress events to fit a life into two hours, Alexander said that they never fall back on one old standby of biographical films.

They got some of their info from the day they spent with Moore when “Dolemite” star Eddie Murphy introduced them back in the mid-’90s, and some from their usual deep dive into their subjects’ lives by doing interviews, watching film footage and combing through archives and research libraries.

Also Read: 'Dolemite Is My Name' Writers Broke Their 'Cardinal Rule' for Eddie Murphy: 'This Script Is Only for Eddie' (Video) 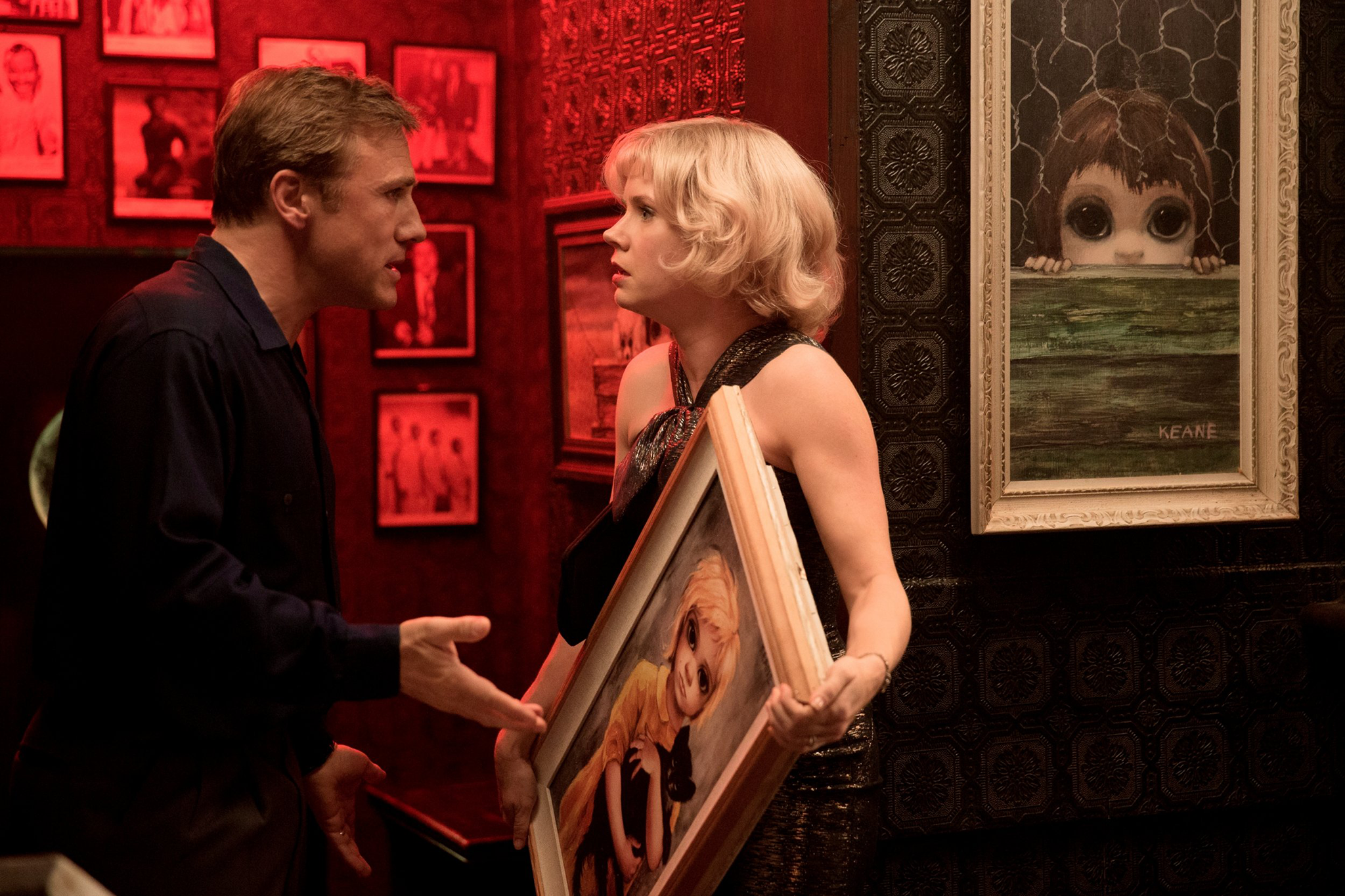 “Sometimes we do tons and tons of interviews, sometimes we do old-fashioned journalistic-style research,” said Karaszewski. “In the old days we’d be going to the UCLA library or using the Lexus-Nexus search.”

“Lots of microfiche,” Alexander added. “When we started writing biopics, there was no Google. Larry and I have had many pleasurable hours going through the periodicals index. Like for ‘Big Eyes’ — periodicals index, 1964, Walter Keane, Margaret Keane. You start pulling up Time, Newsweek, the San Francisco Chronicle, sticking quarters into the microfiche machine and going to the Xerox.”

Contemporary accounts of a lot of the people they’ve written films about, they added, have yet to be uploaded to online databases. “We tend to focus on pretty obscure people who did something really cool but didn’t necessarily leave a journalistic trail,” Karaszewski said. “‘Dolemite’ is a case where we had Rudy Ray Moore to talk to, and also (screenwriter) Jerry Jones and (actor-musician) Ben Taylor and (cinematographer) Nicholas von Sternberg. But also, because the films were so popular on home video, there were tons of long interviews done with almost all the cast members.”

Partly, they said, they do the research so they can answer every potential question as they write their first draft: What was the name of the nightclub he played in Indianapolis? What kind of car was he driving that year? But also, they accumulate trivia that can inspire lines and scenes.

Also Read: 'Dolemite Is My Name' Turns Into an Eddie Murphy Lovefest in Toronto 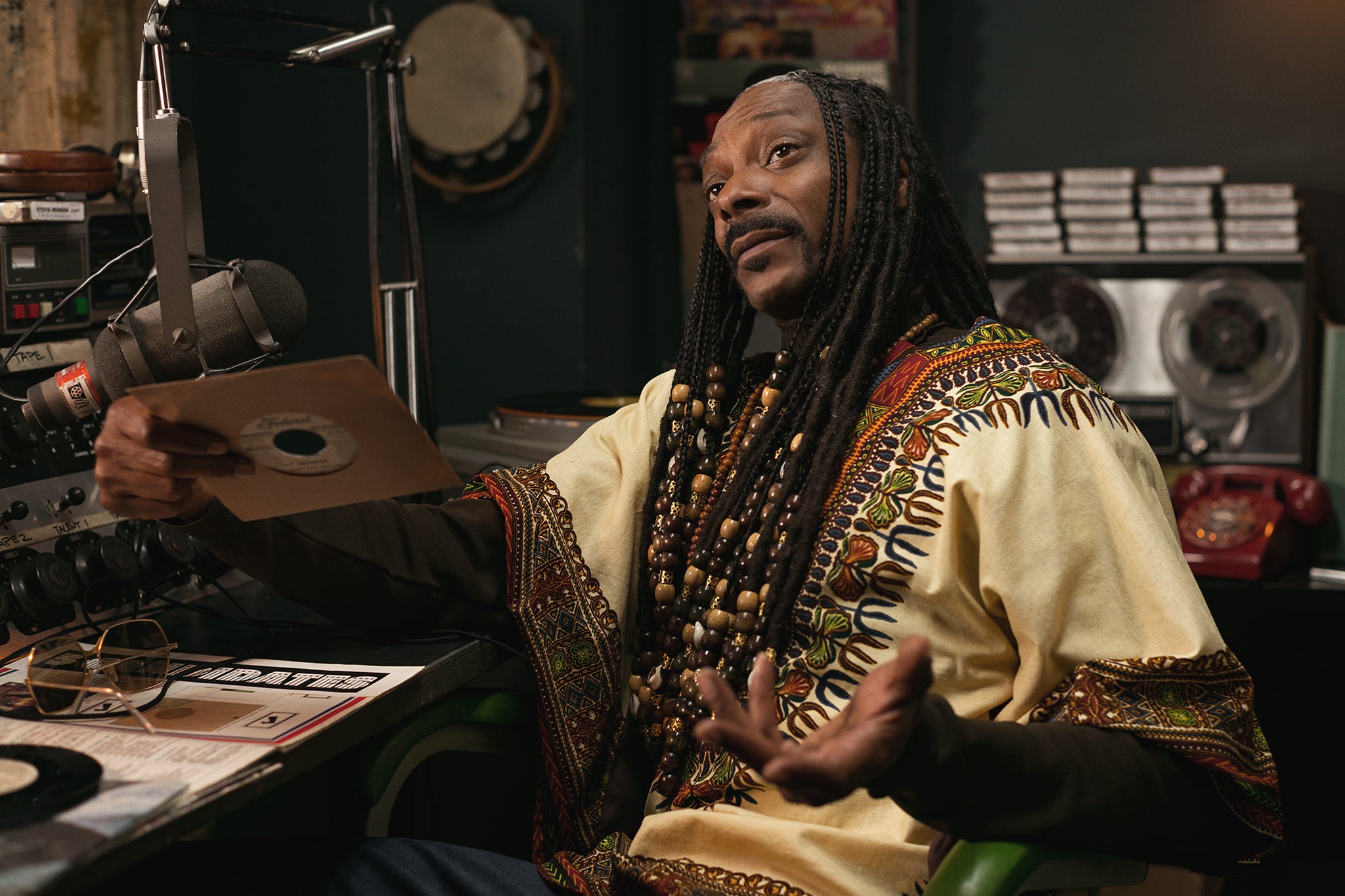 “One example in ‘Dolemite’ is that Rudy had a failed R&B career in the late ’50s, early ’60s,” Alexander said. “He bounced around a few regional labels, and one of the labels was Federal Records, which at the same time signed James Brown. It’s just a factoid, a piece of trivia, but Larry and I love trivia.

“So the opening scene in the movie is Eddie with Snoop Dogg (who plays a record-store DJ). And he’s saying, ‘Well, things would have worked out for me on Federal if that goddamn James Brown hadn’t come in there and started shaking his butt around!’ Larry and I are making up that speech. We don’t know if it ever happened. But it allows him to express himself as vulnerable, and to do a little finger-pointing.”

In another instance, he said, the writers obtained a PDF of posters to the plays written by Jerry Jones, the playwright who wrote the script for the original “Dolemite” movie. One of them was titled “The Devil’s Cotton Field: A Tale of Varner, Arkansas.” Knowing that Rudy Ray Moore was from Fort Smith, Arkansas, Alexander said he went to Google Maps, typed in “driving distance, Fort Smith to Varner,” and found the two towns were about an hour and a half away.

“So we put in a scene where Jerry tells Rudy, ‘My next play is called “Devil’s Cotton Field,” it’s about growing up in Varner, Arkansas.’ ‘You’re from Varner, man? I’m from Fort Smith!’ And then we did more Googling: What was a terrible food in Arkansas in the 1930s? Canned mutton! And Rudy even mentioned it in an interview, so we had Rudy say to Jerry, ‘It was sure good to get away from that canned mutton!’ That becomes a bond.

“These are random facts: canned mutton and the driving distance between Varner and Fort Smith, Arkansas. But it becomes the scene when they meet.”

Also Read: Eddie Murphy Is a Blaxploitation Legend in Trailer for Netflix's 'Dolemite Is My Name' (Video) 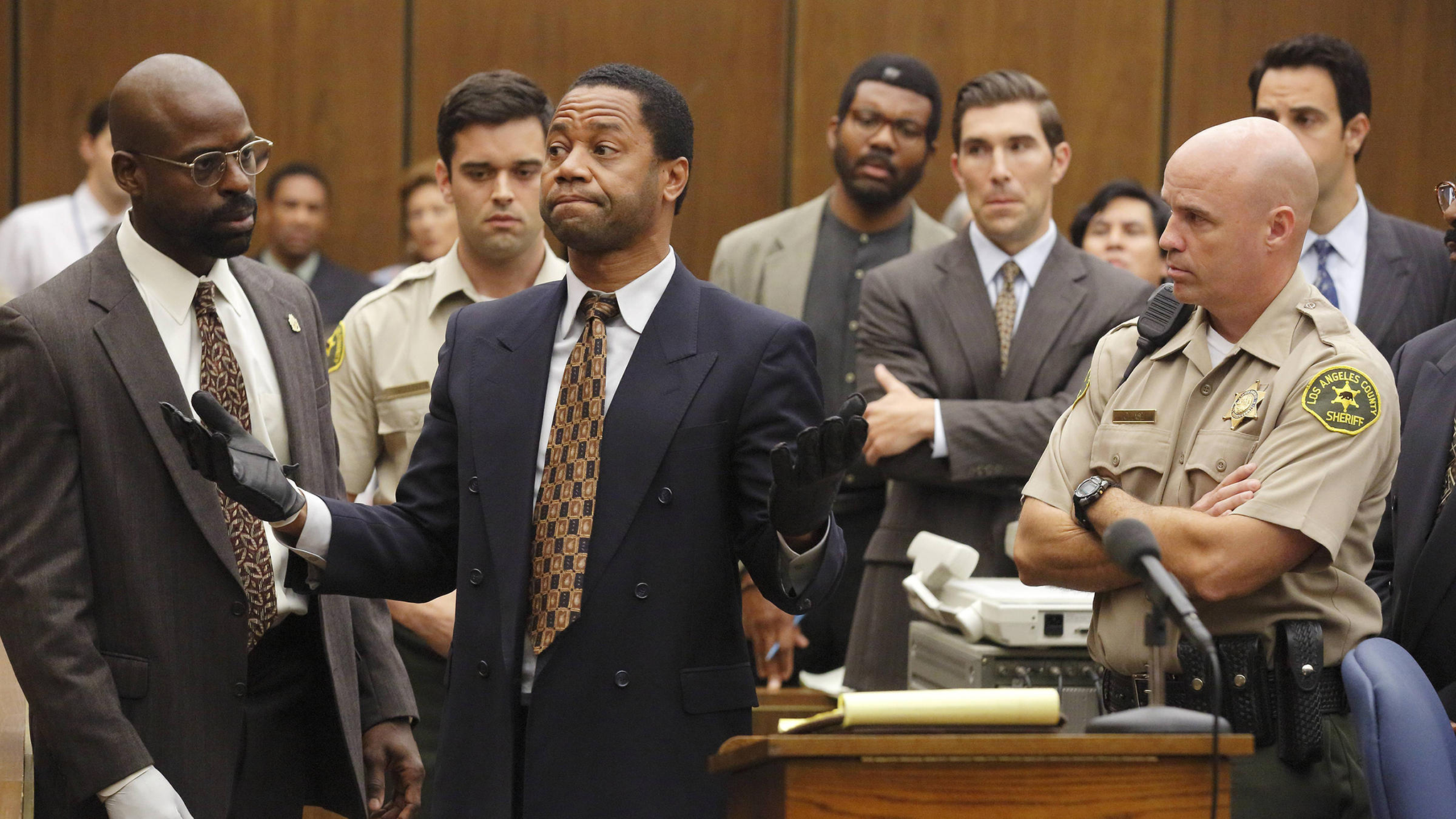 That kind of approach, Karaszewski added, began on “Ed Wood.” “We knew all the big plot points we wanted to hit, but there were all these little pieces of information that we thought were really cool but weren’t big enough for a scene card. We had these things we called Fun Facts — weird little trivia or something they said sometime. It was something we did to organize our research, and sometimes you could find a scene where you could use it.

“The greatest example was that we knew that Bela had turned down the role of Frankenstein: ‘This guy grunts, he doesn’t have real lines, why would I demean myself?’ And when we were doing the scene where Ed is making Bela shoot a scene in the middle of a stream where he’s supposed to be fighting an octopus, but the octopus has no motor and it’s 3 in the morning and freezing, we were like, ‘What if he says it here?’ He’s basically at the bottom of his career, and he says, ‘You know, I turned down ‘Frankenstein.'”

That use of a Fun Fact, they said, made a big impression on them going forward. “It really sort of showed us how to work in backstory as storytelling,” said Alexander. “As opposed to cases where people just present their history: ‘So, I was married to a woman named Jane, but then we got divorced…’ Why would someone say this?”

Sometimes, though, they do find themselves needing to be particularly scrupulous. “When you’re doing something like ‘O.J.,’ the whole world is watching,” Karaszewski said. “Something that high profile and that sensitive, we definitely worked overtime to get every little detail correct.” 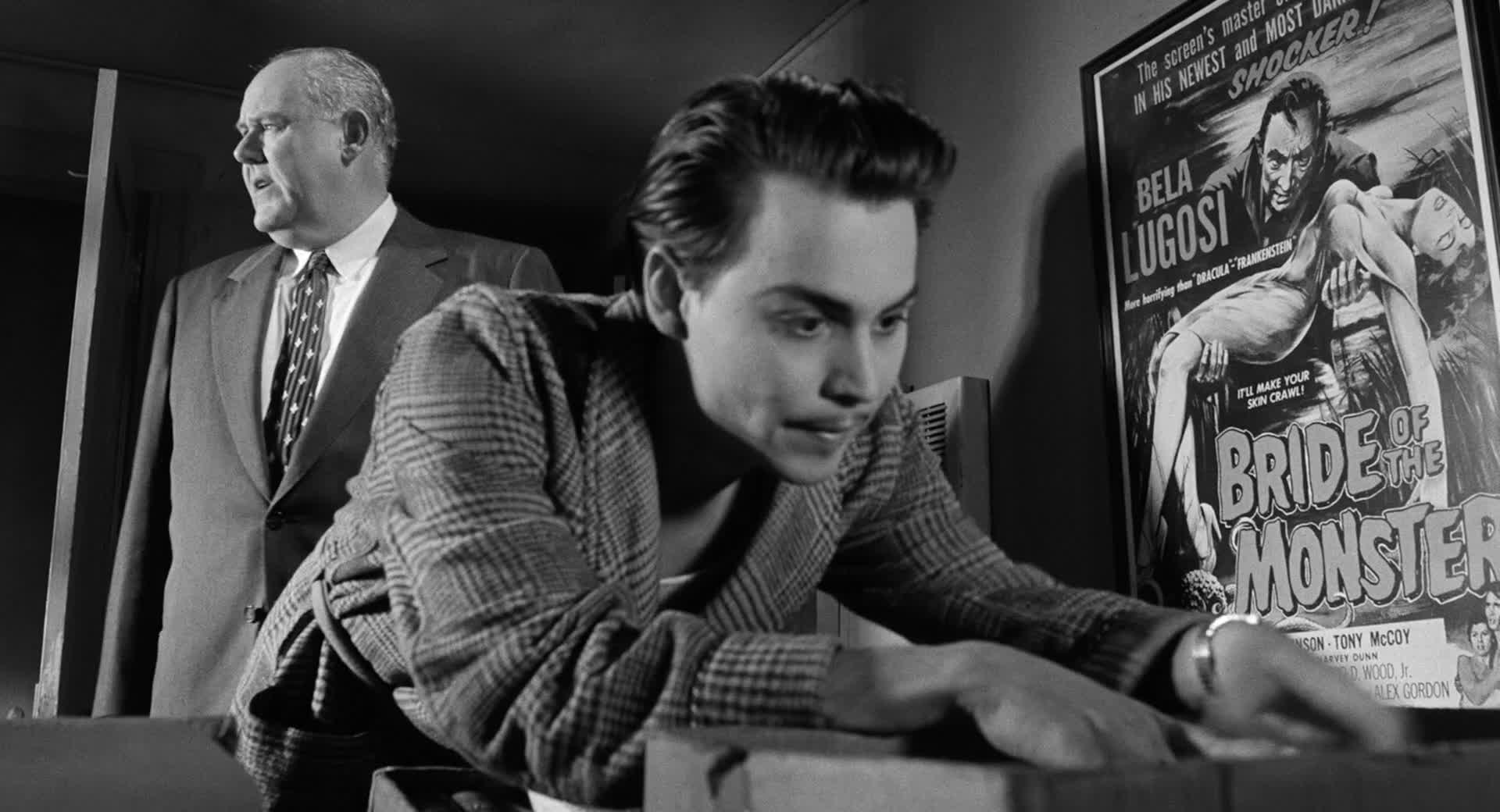 Thinking of that experience reminded them of their earlier, pre-Google days, when the fact police pounced on what they figured was the most insignificant touch. “On ‘Ed Wood,’ we worked really hard to get every detail right,” said Alexander. “And then some dumbbell wrote an op-ed piece complaining that Bela Lugosi had big dogs, and in our movie Lugosi had chihuahuas. He actually had ‘TRUTH’ and ‘FICTION’ on side-by-side photos.

“And I was like, ‘Are you kidding me?’ Do you know why Lugosi had chihuahuas in the movie? Because (director) Tim Burton and his girlfriend Lisa Marie had chihuahuas and thought they were cute. We didn’t really think they were going to be held against us. And ever since that chihuahua op-ed, we’ve struggled not to fall into that trap again.”

Of course, one audience is always of particular importance to Alexander and Karaszewski. “What’s charming and gratifying is that when these movies are done, we often show them to the real people,” Alexander said. “It’s always the same response, which is, ‘How did you guys know this?’ We take that as a badge of honor.”