In another step towards rebuilding to pre-pandemic numbers, the domestic box office finished June with with approximately $975-980 million, the highest monthly total since theaters reopened, according to preliminary industry estimates.

That result tops the $920 million grossed last December, and falls just short of becoming the first $1-billion month the box office has seen since the $1.14 billion grossed in December 2019. That it has come short is a quirk of the calendar, since June totals would have hit the $1 billion mark had the end of the month fallen on a Friday instead of a Thursday.

It’s worth noting that last December’s windfall was driven largely by the record-setting performance of Sony/Marvel’s “Spider-Man: No Way Home,” which grossed $572.9 million in the month of December and comprised 62% of all domestic revenue that month. 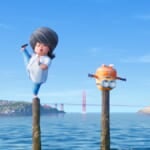 By contrast, Paramount/Skydance’s “Top Gun: Maverick,” the highest-grossing film of the year with over $530 million grossed domestically, is accounting for approximately 36% of this past month’s overall domestic total. Universal’s “Jurassic World: Dominion” has also carried a significant portion of the load with $310 million grossed so far, with smaller contributions coming from films like Disney/Pixar’s “Lightyear” and Warner Bros.’ “Elvis.”

This new high mark for post-shutdown success has been reflected by the performance of individual movie chains such as Cinemark, which noted in a press release on Friday that the opening weekend of “Jurassic World: Dominion” on June 8, which saw overall grosses of $216 million, would have ranked as the fourth highest box office weekend of 2019.

Cinemark attributed this success to extremely high customer confidence in moviegoing, with this month’s NRG poll showing that 87% of those surveyed were “very or somewhat comfortable” with going to the movies. The chain’s internal data found that on the opening weekend “Top Gun: Maverick,” 25% of those who bought a ticket for the film at Cinemark were returning to the movies for the first time since the pandemic began, and 30% of those first-timers were over the age of 55.

“We have consistently stated that a steady stream of diverse, compelling new film content, along with improving moviegoer sentiment, would be driving forces behind the reignition of theatrical exhibition. We were thrilled to see these two factors play out throughout the month of June,” said Sean Gamble, Cinemark President and CEO. “We commend our studio partners for creating and releasing such high-quality films that were clearly made to be seen on the big screen and resonated with audiences around the world. These films were elevated by the phenomenal work of our entire Cinemark team in delivering a truly cinematic, premium out-of-home entertainment experience to the millions of moviegoers who visited our theatres.”

With multiple films performing well at the box office, July is set to be another strong month for movie theaters with Marvel Studios’ “Thor: Love & Thunder” expected to lead the charge with a $170 million-plus opening weekend. Universal is also expected to have a strong month with the Illumination animated film “Minions: The Rise of Gru” projected to open to at least $70 million this weekend while Jordan Peele, whose previous films “Get Out” and “Us” each grossed $176 million domestic, will release his third film “Nope” with Universal on July 22.

This story will be updated with final June totals once Comscore results are reported.