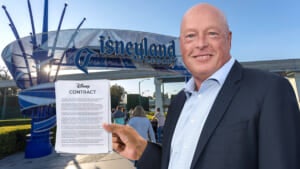 Universal/Illumination hopes that “Minions: The Rise of Gru” will keep June’s box office hot streak rolling into July. Whatever the outcome, the film’s performance will also tell studios and theaters whether the recent struggles of Disney’Pixar’s “Lightyear” are indicative of larger problems for animated family films.

The fifth film in the “Despicable Me” series, which is also a prequel to the original 2010 film, is projected for an opening in the $70 million range. That’s roughly what “Lightyear” had targeted ahead of its opening weekend two weeks ago before sinking to a disappointing $50.5 million launch.

There were plenty of reasons unique to “Lightyear” that might explain why the “Toy Story” spinoff failed to find the audience one would expect. But the number of animated films released in this post-shutdown theatrical market is still so low that it’s difficult to tell if there are any warning signs for the genre as a whole.

Was the success of Paramount’s “Sonic the Hedgehog 2” this past spring not as strong a sign that families are willing to return to theaters post-COVID? Are parents, strapped for cash in an inflation-addled economy, being more selective about what films they attend? Or has the financial convenience of seeing new family films on streaming — a trend boosted by Disney’s pre-“Lightyear” push of Pixar films straight onto Disney+ — led many parents to skip a theatrical release altogether? 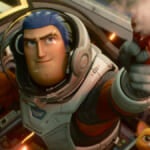 “Minions: The Rise of Gru” is the perfect film to provide some answers to these questions because it has some very important differences that set it apart from “Lightyear.”

First, the new film is much more closely connected to “Despicable Me” than “Lightyear” was to “Toy Story.” While “Lightyear” was pitched to audiences as the film that inspired Andy to get the Buzz Lightyear toy that would become the star of the “Toy Story” series, “Minions” doesn’t need to jump through such mental hoops to market to its audience. The first “Minions” film in 2015 became Illumination’s highest grossing film, with $1.15 billion worldwide, just by promising audiences an undiluted dose of the yellow babbling dots that were the breakout stars of “Despicable Me”

“Rise of Gru” is being pitched the exact same way, with the extra bonus of showing how the Minions first came to meet “Despicable Me” protagonist Gru when he was a kid in the 1970s. It’s more of the basic formula that made “Despicable Me” into a $3.7 billion franchise last decade, and Universal is hoping that families will want more of it. 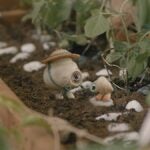 There’s one caveat, though: “Minions: The Rise of Gru” is the first “Despicable Me” movie in five years. The film is one of the last remaining major studio releases initially set for a 2020 release only now hitting theaters. “Minions” and “Despicable Me” have always had broad appeal, but it’s possible that teens and young adults who grew up seeing those films from 2010-2017 may have lost interest over time. That time gap, combined with the small sample size of post-shutdown animated films, is why “Rise of Gru” isn’t projected to come close to the $115 million opening of the first “Minions.”

But “Rise of Gru” doesn’t need to match those numbers to be a success. Unlike “Lightyear,” a likely flop with a massive $200 million production budget, “Minions 2” continues Illumination’s strategy of releasing big animated films with budgets of well under $100 million. Last winter, “Sing 2” became the studio’s most expensive film, with a reported $85 million budget, and “Minions: The Rise of Gru” is believed to have a similar production spend.

So even if it doesn’t reach the heights of past installments, this film can still turn a solid profit. But theaters and even rival studios are hoping that “Minions 2” can at least put down the sort of theatrical run that “Sonic the Hedgehog 2” posted last spring ($71 million domestic opening and a $400 million global total) and which “Lightyear” was supposed to reach. If not, there will need to be some closer examination of whether a significant chunk of the family audience is willing — or can afford — to go back to the cinema.