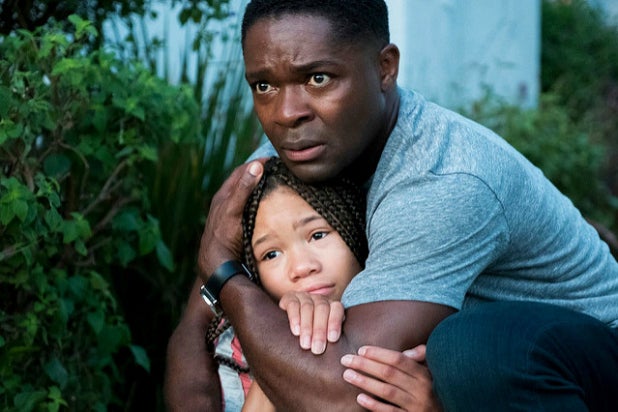 The new drama “Don’t Let Go” stars David Oyelowo as an LAPD detective who starts getting phone calls from his niece, played by Storm Reid, after she and her parents are brutally murdered. Is it a story about time-travel? Parallel dimensions? God? We talk it out on the new “Low Key” podcast, which you can check out on your favorite podcasting app, below, or right here:

The Blumhouse film, from writer-director Jacob Aaron Estes, debuted at the Sundance Film Festival under the original name “Relive.” It quickly sets up the plot before taking us through a series of twists that challenge everything you thought you knew about cell phone conversations between the living and the dead.

Is it a time-travel film? A story of crossed realities? We spend this episode puzzling it out, while praising the acting of Reid, Oyelowo and the rest of the cast, which also includes Mykelti Williamson, Brian Tyree Henry and Alfred Molina.

We also talk about how Estes and Oyelowo, a producer on the film, changed the setting from a farm in Ohio to the streets of Los Angeles, an especially intense scene late in the film, and the Zodiac killer.

Here are a few of our topics, with time stamps:

17:37: This movie was originally set on a farm in Ohio with a bunch of white people

24:05: If someone was pointing a gun at you, would you rather run or ride a bike to escape?