Credit where credit is due — and right now it is not to “Weird Al” Yankovic for another hilarious parody video, but to Kid Rock for his own music video that people have deemed so ridiculous that it could easily be confused with a “Weird Al” cover.

“The fact that this is meant to be a serious Kid Rock song and video, and not a parody of a Kid Rock video is absolute comedy gold. ????,” one YouTube user commented on Kid Rock’s new anti-“snowflake” music video for “Don’t Tell Me How to Live,” which was released Friday.

Another wrote: “This is way over the top, even for Weird Al Yankovic. Did I just see him ride a middle finger rocket over Mount Rushmore? I think this may have been directed by Mike Myers.” 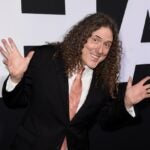 Also Read:
Weird Al Reunited With His 9th Grade Crush, and She Still Has the Portrait He Drew of Her at Age 12

And here’s one more of the many, many, YouTube comments on Kid Rock’s music video that refer to the king of parody, for good measure: “Awww yeah, the GOAT gone done it again! It’s great to see Weird Al back in the spotlight. That guy is a treasure. He’s part chameleon and part wizard because he seems completely ageless. Ain’t nobody gonna tell him not to play accordion!”

Seriously, so many people thought Kid Rock’s new video was actually a “Weird Al” parody that Yankovic felt the need to clarify that he had no hand in this. 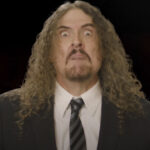 “To everybody that’s congratulating me right now on my new Kid Rock parody video, let me clarify – that’s not me,” Yankovic tweeted Monday, following the Friday release of the “Don’t Tell Me How to Live” video. “That’s actually Kid Rock.”

That news didn’t compute with everyone, with one Twitter user summing up the situation like this: “Holy crap. Life has become confusing. There was a time that some artists didn’t want to be parodied by Weird Al. Now they want to be parodied by Weird Al so badly that they parody themselves while made-up to look like Weird Al. My brain hurts. Weird Al would have done it better.”

See Yankovic’s tweet below and watch Kid Rock’s “Don’t Tell Me How to Live” music video above. Also, we can’t print the almost entirely NSFW lyrics to the song, but you can find them here.