Nowhere in the first episode is that more apparent than a seemingly irrelevant scene between Jason Scott Lee’s character Benny and his son — a scene that creator and showrunner Kourtney Kang says went a long way to earning the respect of the show’s local Hawaiian crew members. 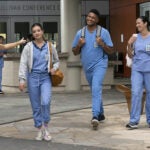 The moment, like much of the show, was directly inspired by Kang’s time spent with family in Hawaii.

“As the story goes,” Kang explained in an interview with TheWrap, “my Uncle John in Hawaii, my grandmother’s brother, saw an old washing machine on the side of the road and decided to pick it up, fix it and use it to tenderize octopus. And so he just had a washing machine in his garage for octopus.”

“It was great because on set, the local folks, I think, are often a little wary when they hear a show is coming to Hawaii,” she said. “But it was funny, there were a few folks who were like, ‘I read the script, and when I saw the thing about the washing machine for the octopus, I was like, this girl’s legit.’ They were like, ‘I have an uncle who does that’ or ‘there was a guy down the street.’ There were people who knew of or had heard of folks in Hawaii doing this, so it was a nice connection point.” 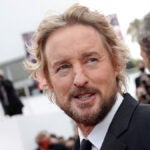 Even Lee (who is himself Native Hawaiian and consulted on some of the show’s cultural aspects) recognized the moment when he read it in the script.

“Jason was so excited to see it,” Kang said. “He knew a guy or he had heard of — it’s always like, a guy knows a guy who knows a guy. It’s probably all the same guy, honestly.”

“Doogie Kamealoha, M.D.” is available to stream on Disney+.