Douglas Trumbull, a legendary film pioneer of visual effects who worked on “2001: A Space Odyssey,” “Close Encounters of the Third Kind,” “Blade Runner” and the first “Star Trek” movie, has died. He was 79.

Trumbull’s death was announced by his daughter in a Facebook post. He died Monday night after “a two-year battle with cancer, a brain tumor and a stroke,” she said.

“He was an absolute genius and a wizard and his contributions to the film and special effects industry will live on for decades and beyond,” Amy Trumble wrote. “My sister Andromed and I got to see him on Saturday and tell him that he [sic] love him and we got to tell him to enjoy and embrace his journey into the Great Beyond. I love you Daddy, I sure will miss you!” 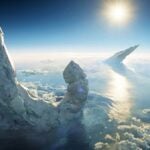 “After 20 years, side-by-side, day and night, I say goodbye to my best friend, partner, true love and soul mate Douglas Trumbull,” his wife Julia said in a statement. “When he joined our family, new paths were imagined.  He was the sun in our universe, our guiding light.  We adventured together on land and sea. His passion was infectious. We worked with him to realize his dreams.

“He loved his life in the Berkshires on his farm, with all his animals and most of all, his extended family,” Julia Trumbull added. “He was a caring lover, father, brother, grandfather, friend, mentor, true artist and visionary.”

Trumbull is considered one of the early wizards of movie visual effects, having pioneered the look of futuristic computer screens through animation in Stanley Kubrick’s “2001” and helping to create the gloomy, dystopian cityscape of Los Angeles in Ridley Scott’s “Blade Runner.” Some of his other credits include “The Andromeda Strain,” “Close Encounters of the Third Kind” and more recently “The Tree of Life” and “The Man Who Killed Hitler and Then the Bigfoot.” He also directed several features that were championed for their VFX, including “Silent Running” (1972) and “Brainstorm” (1983). 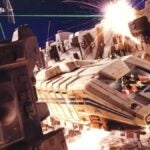 The son of Donald Trumbull, who worked on the visual effects on the masterpiece “The Wizard of Oz,” Douglas Trumbull started his career at Graphic Works Films in Los Angeles and produced an animated short film called “To the Moon and Beyond” that caught the attention of Kubrick. The film was produced for the 1964/1965 World’s Fair in New York City and was designed to show the Earth and the full universe zoomed all the way out and then all the way back in on an atomic scale.

His work on “2001” began in pre-production with Graphic Works, but he soon followed Kubrick to England and would eventually be tasked with cracking the visual look for the film’s surreal Stargate sequence, once saying that he began work on the sequence when he was 23 and didn’t finish until he was 25, given carte-blanche by Kubrick for whatever he needed to master the sequence, which you can watch below.

Trumbull is said to have turned down an offer to work with George Lucas on the special effects for “Star Wars,” instead taking the job to work with Steven Spielberg on “Close Encounters.” In interviews, he described being overwhelmed and working around the clock to finish the movie, citing 650 visual effects shots that had to be completed in six months.

Trumbull later in his career moved away from Hollywood and the demands of films, but he did design the theme park ride for “Back to the Future” at Universal Studios, an early example of a motion box that incorporated the first-person perspective of the film’s story into the ride as a direct response to Disneyland’s “Star Tours” attraction.

Late in his life, Trumbull got viral attention for a video reacting to the BP oil spill from the Deepwater Horizon rig and presented a simulation for how the leak could be plugged. He also had been developing other digital camera rigs that could film in 120 fps and could even shoot projects in native 3D and 4K. He was also at work on a documentary about the making of “2001” with producer Mike Medavoy.

Trumbull was inducted into the Science Fiction Hall of Fame in 2010. In 1993 he won a Scientific and Engineering Achievement Award from the Oscars for co-developing the first modern 65mm camera in 25 years, and he would win the Gordon E. Sawyer Award from the Academy in 2012.