The nominations for the 94th Oscars were released early Tuesday morning, with Jane Campion’s tense Western “The Power of the Dog” leading the field with 12 nominations, including Best Picture.

This year’s field saw the list of Best Picture nominees expand to 10 in a change to the Academy rules. Over the past decade, a sliding range of five to 10 films were nominated for the top prize based on how many votes were received from members, with most years featuring a field of eight or nine nominees.

Along with “Power of the Dog,” other Best Picture nominees leading the field include Denis Villeneuve’s sci-fi epic “Dune” with 10 nominations, Kenneth Branagh’s Irish drama “Belfast” and Steven Spielberg’s adaptation of “West Side Story” with seven nominations each, and Reinaldo Marcus Green’s sports biopic “King Richard” with six. 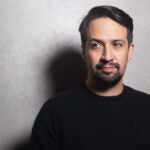 Also Read:
Lin-Manuel Miranda Has a Shot to EGOT This Year

And two years after Bong Joon-ho’s “Parasite” became the first non-English film to win Best Picture, another international film has entered the Best Picture race with Ryusuke Hamaguchi’s “Drive My Car.” The Japanese entry into the Best International Film race was nominated in four categories, including Best Directing and Original Screenplay nominations for Hamaguchi.