This review of “Downfall: The Case Against Boeing” was first published on January 21 after the film’s premiere at the Sundance Film Festival.

“Downfall: The Case Against Boeing” is a work of impressive investigative cinema. But the most compelling aspect of Rory Kennedy’s damning documentary isn’t really about Boeing at all. It’s the intimation that this specific account of corporate malfeasance is just one chapter in a far bigger book.

Kennedy and writers Mark Bailey and Keven McAlester are no strangers to the stain of institutionalized corruption. She and Bailey, her husband, worked together on 2007’s Emmy-winning “Ghosts of Abu Ghraib”; all three made the 2014 Oscar nominee “Last Days in Vietnam.”

Their choice to focus so tightly on a micro-scenario here does strand us, occasionally, in the weeds of detail. But it’s tough to watch such a flatly incriminatory report without taking a macro view of society’s villains and heroes. 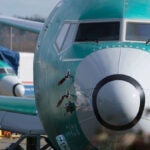 Given the film’s otherwise dispiriting conclusions, it comes as something of a relief that there are so many heroes. The first one we meet is former Wall Street Journal reporter Andy Pasztor, who wrote several exposés on the 2018 Lion Air crash in Indonesia, which killed everyone on board. Though Boeing tried to shift blame to the pilot, increasing evidence pointed to a flight-control-system flaw on its new 737 MAX jet.

Rather than ground other planes until the problem was definitively addressed, Boeing insisted they were safe to fly. The FAA, as Pasztor wrote, followed the company’s lead. A few months later, another MAX crashed. Again, everyone on board died.

Once these wrenching facts are explained, the movie aims to live up to its subtitle. To make their case, which unfolds with diligent conviction, the filmmakers call upon a widely disparate span of accusers. These include pilots like Captain “Sully” Sullenberger, outraged at Boeing’s seeming disregard for its employees and passengers, and politicians like Representative Peter DeFazio, who led a Congressional investigation into the MAX disasters. There are heartbreaking memorials from grieving family members who were callously ignored by Boeing, as well as deeply frustrated testimonials from staffers who blew countless whistles, only to be silenced or shuffled out of sight. 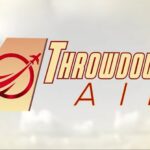 Indeed, the film is so well-researched, and the evidence so copious, that it simultaneously elides and evokes a far bigger issue. In contrast to the movie’s impressively vast range of heroes, Boeing CEO Dennis Muilenburg is designated as both its primary villain and the representative of a mostly faceless corporation.

Muilenburg, who eventually resigned with a severance package worth $62 million, certainly seems to fit the role. Even so, no CEO — or $62 million severance package, for that matter — exists within a vacuum. We see exactly who suffered as the result of choices made by Boeing leaders. But it takes more than one or two executives to design, disseminate, and uphold a culture.

How did so many employees come to prioritize profits over people? Was there significant dissent at the top, or was everyone involved in what DeFazio calls “plain and simple” corruption? How complicit were Wall Street pundits who allowed Boeing to change the story through stock buybacks and a dividend raise? Did managers ignore the concerns of quality control reports out of fear for their own jobs, or automatic acceptance of top-down standards? 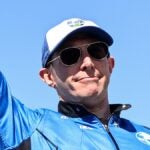 Though these complex questions are never fully answered, what we do learn is this: Time stopped for the victims of the MAX jet malfunctions, while Boeing simply rolled on, as impenetrable and mechanical as the equipment it manufactures.

“Downfall” lasers in on the crashes and their aftermath with single-minded deliberation. After hearing this much about the Maneuvering Characteristics Augmentation System and Transport Airplane Risk Assessment Methodology, nervous flyers may come away primarily determined to drive to their next destination.

But the bigger picture is always there, visible on both sides of a sharply-drawn line between the bloodless detachment of a multinational company and the inescapable humanity of the individuals it impacted. And it leaves us wondering how many other stories like it are hiding in plain sight, still waiting to be told.

“Downfall: The Case Against Boeing” debuts on Netflix on Feb. 18.