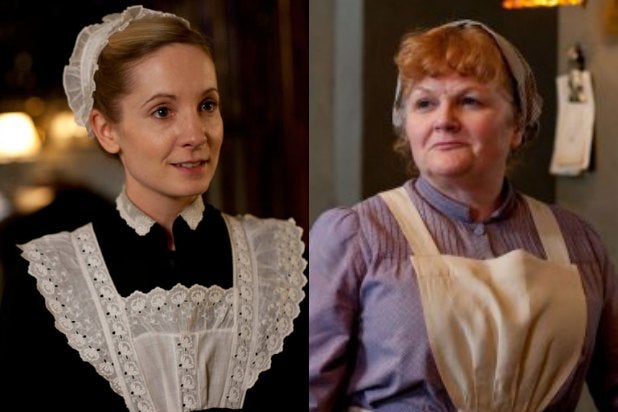 Several members from the cast of “Downton Abbey” will guest star on an upcoming episode of “Doc McStuffins,” Disney Junior announced on Tuesday.

Froggatt will provide the voice of Florence Nightingale, while Nichol will take a turn at playing a porcelain doll named Pip.

The special episode, titled “Let the Nightingale Sing” will see Doc and the toys travel back to 19th century England to meet with a young Nightingale and help her realize her dreams of becoming a nurse. Other “Downton” stars who will be featured include Matt Milne (Alfred Nugent), Nigel Harman (Mr. Green) and Robert Bathurst (Sir Anthony Strallan).

“Doc McStuffins” tells the story of a girl who aspires to be a doctor like her mother and runs a clinic in her backyard for her stuffed animals and toys.

See a photo from the episode below: