Dr. Mehmet Oz on Monday accused the Philadelphia Inquirer of “putting their thumb on the scale” by not using “Dr.” when covering his Senate campaign.

“They’re putting their thumb on the scale. Here’s the thing: There’s such an enthusiastic response to the campaign. I’m here in Pittsburgh, talking to the people, and it makes me optimistic because they’ve got great ideas. Meanwhile, the Inquirer hates — hates — that I’m empowering you, hates that I’m taking on some of the established folks, hates that the entrepreneurial solutions I’m offering might make sense. They don’t like that I say what I see so they want to silence me. I tell you, it’s shocking that it would make them that uncomfortable this early in the campaign,” he said on Fox News.

Anchor Steve Doocy followed up on a tweet from Oz posted last week: “They’re trying to cancel you. I saw your Twitter. That’s what you said.” In the clip, Oz pointed out that past coverage in the paper included his title and insisted he won’t be “canceled.” 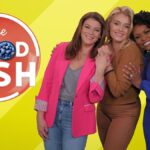 Also Read:
‘Dr Oz’ to Be Replaced by His Daughter: Daphne Oz Talk Show ‘The Good Dish’ Picked Up for January Launch

On air, Oz questioned why the Inquirer, which covers the largest city in the state where he’s running for Senate as a conservative, would “get involved.”

“Why would they not want to call me Dr. Oz? Everyone knows I’m Dr. Oz. They don’t think it’s the right thing to do. They think it gives me an unfair advantage,” he said.

A representative for the Inquirer did not immediately respond to a request for comment on the policy, but Abraham Gutman, who writes editorials for the paper, tweeted, “I’ll repeat: Mehmet Oz isn’t the only candidate with a MD in the race. There is a Democratic candidate called Val Arkoosh who is also a physician. You know how The Inquirer calls her in headlines? Val Arkoosh. Oz wants special treatment, and brand promotion, not fairness.”