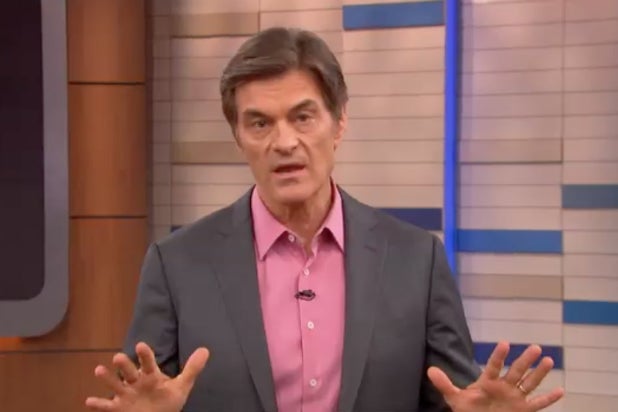 Embattled celebrity physician Dr. Mehmet Oz is battling back against a group of 10 doctors who called for his expulsion from Columbia University’s med school, saying in a video released Tuesday that they seek to infringe on his First Amendment rights.

“I know I’ve irritated some potential allies in our quest to make America healthy,” Oz said in an advance clip from Thursday’s episode of his show, obtained by CNN. “No matter our disagreements, freedom of speech is the most fundamental right we have as Americans, and these 10 doctors are trying to silence that right.”

“So I vow to you right here, right now: We will not be silenced, we will not give in,” Oz added.

Also Read: Dr. Oz to Fire Back on TV at Doctors Calling Him a Greedy 'Quack'

The group of doctors from Stanford University, the American Council on Science and Health, UNC and elsewhere co-signed a letter to Columbia last week calling for Oz’s dismissal from the med school, where he currently serves as vice chairman of the surgery department. Letter writer Dr. Henry Miller of Stanford accused Oz of “promoting quack treatments and cures in the interest of personal financial gain.”

“I think I know the motivation at Columbia,” Miller wrote. “They’re star-struck, and like having on their faculty the best-known doctor in the country. But the fact is that his advice endangers patients, and this doesn’t seem to faze them.”

Chief among their concerns were Oz’s endorsement of ineffective holistic treatments and weight loss fads, as well as regular warnings about dangerous genetically modified foods despite science to the contrary.

Oz responded in a statement on Friday in which he accused the doctors of distorting the facts to support their own agenda. Thursday’s episode of “The Dr. Oz Show” will focus mainly on refuting their claims.