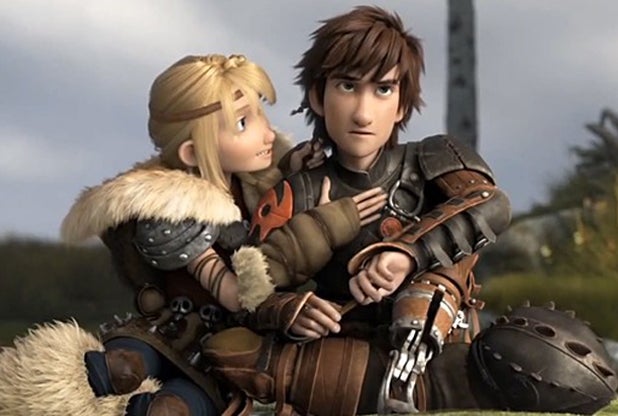 DreamWorks Animation reported a loss of $15.4 million in the second fiscal quarter, the second consecutive quarterly loss for the company. It reported earnings per share of -$0.18, a result worse than analysts had expected that sent the company’s stock down nine percent in after-hours trading.

DreamWorks Animation did not lose as much money in the second quarter as it did in the first, when the company took a $57 million write-down due to the poor box office performance of “Mr. Peabody and Sherman.” In the quarter before that, the fourth of 2013, it took a write-down on its movie “Turbo,” a charge under investigation by the Securities and Exchange Commission.

DreamWorks Animation has expanded into television, digital media and consumer products to insulate itself from the vicissitudes of the film business, which CEO Jeffrey Katzenberg has said is no longer a growth business. It acquired AwesomenessTV, struck a deal with Netflix to produce original series and has built out its consumer products division. It has also hired several new executives to oversee these new divisions.

Those changes have yet to improve DreamWorks Animation’s financial performance.

“2014 is clearly an investment year, higher costs and the impacts they have had on quarterly results are indicative of this,” Katzenberg said on the company’s earnings call. He then cited the company’s key areas of growth, and did not list film.

The company has yet to reap the benefits of “How to Train Your Dragon 2”, its lone film released in the second quarter. The movie did not gross as much as many expected, and it may gross less than its predecessor in the franchise, yet Katzenberg said the movie would be a profitable one for the company.

“‘How to Train Your Dragon 2’ is the ninth highest-grossing film of the year so far on a worldwide basis and it has yet to be released in several significant international territories,” Katzenberg said in a statement. “It will be a highly profitable film for the company and DreamWorks Dragons will remain a very valuable franchise for many years to come.”

The movie’s grosses slipped in the United States but grew overseas. Katzenberg said it was too soon to evaluate why that happened, but that “it has not been a stellar summer on any account.” The movie business is cyclical and Katzenberg is confident 2015 and 2016 will be huge years; he will even bet on it.

Katzenberg needs to have reduced the costs of his movies by then. Both “Penguins of Madagascar” and “Home” will cost $135 million, reversing a previous pledge to keep costs at $120 million and under.

The company may begin making movies “on a very different scale altogether,” cheaper films that expose the company to less risk. Though Katzenberg did not go into further detail, Disney’s “Planes” movies would seem a good comparison. Those films cost $50 million to produce, less than half what Disney, Pixar and DreamWorks Animation spend on their flagship films.

“The concepts of the movie, and the style with which we’d make them would have us working on a very different business model,” Katzenberg said.