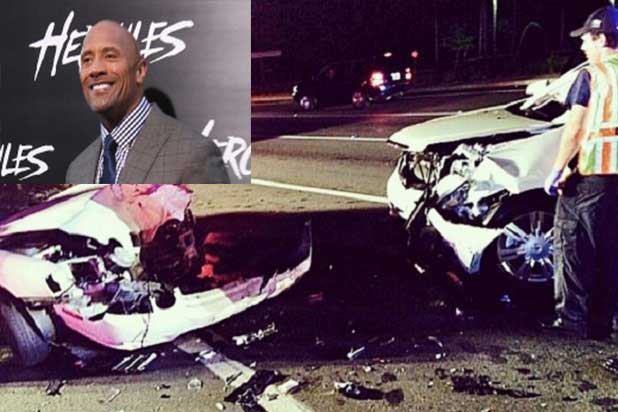 The action star, currently on the big screen in “Hercules,” posted a photo of the crash on his Instagram page Sunday, along with details on what happened.

“My mom & cousin @linafanene were struck head on by a drunk driver this week – they lived,” Johnson wrote in the caption.

“First reaction is to find the person who did this and do unrelenting harm to them … But then you realize the most important thing is my family lived thru this and we can hug each other that much tighter these days.”

Johnson didn’t say if anyone was seriously injured, but he did offer his followers a bit of advice.

“Hug your own family tighter today and be grateful you can tell them you love them,” he wrote.

Two years ago, Johnson bought his mom a White Cadillac Escalade for Christmas and shared photos of her reaction on Facebook, along with a touching message.

“At 14 I saw my mom crying about our only car being repossessed. This felt good. Merry Christmas mom,” he wrote.