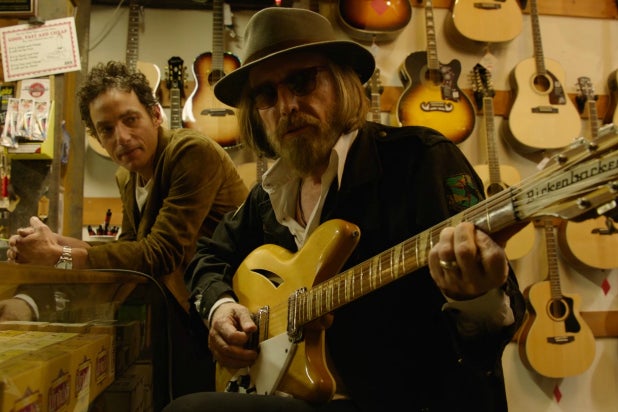 There are probably four or five documentaries’ worth of material to pull from the Laurel Canyon music scene and the cultural movements of late 1960s Los Angeles, but even if “Echo in the Canyon” feels slightly anemic at 85 minutes or so, there are worse ways to revisit this epochal artistic moment than via Andrew Slater’s affectionate, intimate documentary.

Though Wallflowers frontman Jakob Dylan is not an especially warm or generous interviewer, anecdotes and observations from musical luminaries past and present help paint a vivid portrait of the impact of that time and place upon the sound of popular music and the industry as a whole.

Combining reminiscences from the likes of Stephen Stills, Brian Wilson, Eric Clapton and the late Tom Petty with insights, opinions, and eventually, performances from contemporary figures such as Cat Power, Beck and Fiona Apple, “Echo in the Canyon” offers a halcyon survey of the major players of the Laurel Canyon music scene, along with the feverish creativity that produced some of the best and most adventurous music of the time. Framed by footage from Jacques Demy’s 1969 movie “Model Shop,” which the filmmakers suggest embodies the look and feel of the era, Dylan and former Capitol Records president Slater dive into those fertile years where singers and songwriters nestled into the Hollywood Hills to create fantastic music in a communal environment.

What’s immediately evident from the stories told by Petty, Roger McGuinn and others is the reflexive and inspirational nature of that community; after the Beatles recorded “Rubber Soul,” inspiration struck Wilson to create the Beach Boys’ “Pet Sounds,” which in turn influenced “Sgt. Pepper’s Lonely Hearts Club Band,” and so on. These were people with a strong sense of musicianship, who identified influences, absorbed them into their own work as it formed, and then produced something that occasionally echoed the work of their predecessors. Ultimately, it pushed forward the whole folk-rock-into-rock genre as a whole.

Unlike many rose-colored journeys down music’s memory lane, there’s a surprising amount of corroboration between the various stories told about an era where people were experimenting with mind-altering substances. And while libertine behavior has over the years occasionally been revised or erased to make the participants involved seem more appealing, here, Michelle Phillips talks openly and unapologetically about her affairs, for example.

The Lovin’ Spoonful frontman John Sebastian confirms the time McGuinn, after picking up folk-music chord changes in the Beatles’ “I Want To Hold Your Hand,” went down New York’s Playhouse Café and performed the song to considerable criticism and derision. Petty describes the happenstance of George Harrison receiving the second Rickenbacker 12-string guitar instead of John Lennon, for whom it was meant, and using it to steal riffs from The Byrds’ “The Bells of Rhymney” for “If I Ever Needed Someone.”

This respectful collaborative environment produced some of the most enduring and influential music ever recorded. When Beck and Apple and mesmerizing former Edward Sharpe and the Magnetic Zeros member Jade Castrinos perform at a 2015 concert, those songs from that era mostly sound as vivid and evocative today as they did then. But the cumulative effect feels slightly more like a long-form promotional vehicle for Dylan’s companion album, also entitled “Echo in the Canyon,” than a proper chronicle of the musical movement that inspired it.

Meanwhile, Dylan has an impenetrability on camera, sitting stoically as David Crosby recounts the time Stephen Stills dove out a window to avoid getting nabbed by cops responding to a noise complaint, that leaves his contributions largely inert. Thankfully, when you have old-school hippie musicians waxing poetic about their foibles, there isn’t much need for active interviewing, but it feels like Crosby’s overdue, candid observations about his culpability in being kicked out of the Byrds should be met with more than low-key acceptance.

Still, the juxtaposition of folks like Beck and Regina Spektor offering insights about why that music resonates, alongside stories about how it was originally made, is consistently some fascinating stuff. Slater’s access feels somewhat unprecedented both in terms of the number of interviewees and their willingness to be completely open. He taps into some great threads about the overlapping creativity of these bands and, crucially, the musicianship that enabled them to receive the torch passed by somebody with the magnitude of talent of the Beatles or the Mamas and the Papas and just run with it. But at less than 90 minutes, no particular narrative spine ever clearly emerges, leaving these revelations floating in a warm and welcoming lazy river of remembrance.

Mind you, there are worse things than hanging out with and listening to a whos-who of 1960s musical icons reflecting on the motivations, mechanics and mischief involved in creating some of their most famous songs. But given the seemingly unlimited volume of talent on screen and available to the filmmakers, “Echo in the Canyon” slightly wastes an opportunity to showcase the multigenerational reverberations of that movement because it never settles on a strong voice and specific vision to tie together their recollections into a cohesive story.