On the 363 days of the year that are not the Oscars or the Academy’s Governors Awards, the only stars amid a hive of TMZ tour buses, cheesy souvenirs and discount superheroes posing for paid pictures are the masonry on the “Walk of Fame.” 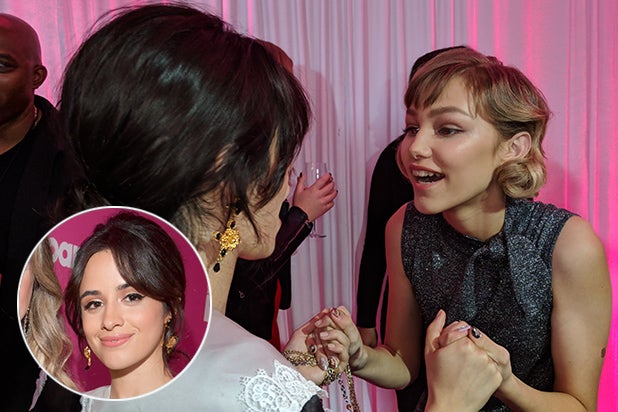 “Oh, my God. You know who I am?” Grace VanderWaal (right) geeked out when Camila Cabello stopped her on the carpet to introduce herself. (Mikey Glazer, inset by Todd Williamson)

Also Read: Selena Gomez on Working With Woody Allen Despite Accusations About His Past: 'I'm Not Sure How to Answer'

An unusually cold night, a coat-check station greeted guests before the magenta carpet. That’s something I’ve never seen at a Hollywood event outside of Sundance.

In a sign of the times — and the turnout — metal detectors and a bomb-sniffing dog buttressed the arrivals gauntlet. From the carpet, photographers yelled “Selena, we love you with Justin.”

In accepting the top executive award of the night from Ed Sheeran, Atlantic Records Chair Julie Greenwald called out the changing culture sweeping the creative industries. 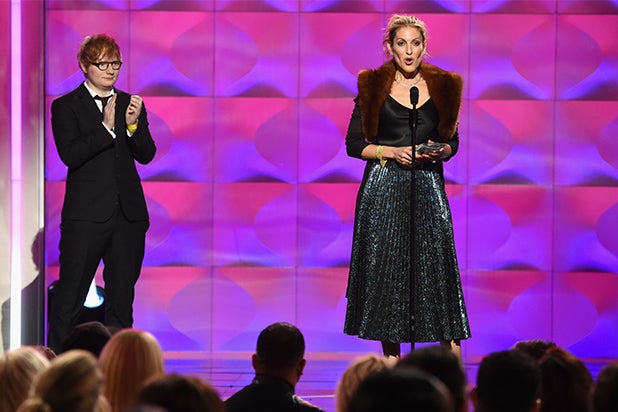 “For a long time this industry has been a male-dominated sport,” Greenwald said. “Now more than ever, it’s incumbent on every one of us to raise up the next generation of female leaders. At the future Women in Music events, the executive of the year will stand up here and thank a woman for being her mentor.” 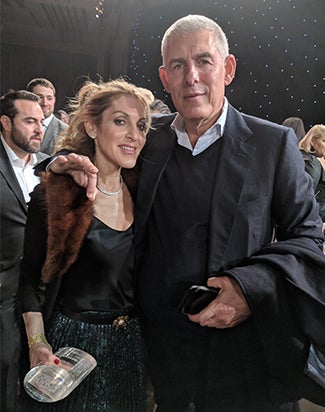 Although she guided many men to huge years in 2017 — Sheeran, Bruno Mars, Migos and Lil Uzi Vert, amongst others — perhaps her biggest coup was helping rapper Cardi B. break through to a No. 1 on the Hot 100 with “Bodak Yellow.”

The fall hit dethroned Taylor Swift from the top of the charts and marked the first solo female rapper to claim a No. 1 in 19 years. 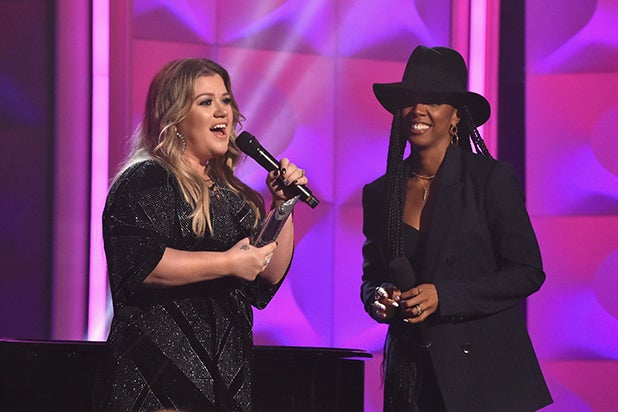 Kelly Clarkson joked of a movie sequel: “From Kelly to Kelly”. (Getty Images)

“My secret sauce? Fifty percent of my company are women,” Greenwald added.

There was more secret sauce among the performers and honorees of the night: the Simon Cowell undercurrent.

Although not in the room, Cowell’s presence loomed large.

Three of the night’s marquee performers launched their careers on “Cowell TV.” Camila Cabello (“The X Factor” U.S.) sang a stripped-down version of “Havana” to lead off the night before jetting off to San Jose for her own concert.

Kelly Clarkson, the original “American Idol,” performed one of her new songs. When Kelly Rowland presented her with the “Powerhouse” award, Clarkson pitched a sequel to her cringeworthy feature debut, suggesting “From Kelly to Kelly.”

Finally, 13-year-old ukulele songstress Grace VanderWaal performed “Moonlight.” She shot to fame last summer winning “America’s Got Talent.” She was anointed when Cowell called her the next Taylor Swift.

By next year, this event could see a fourth: Grace Davies.

Davies is one of the three finalists competing this weekend in the finals of “The X Factor U.K.” Cowell remains a judge (and the true taste-maker) on the show over there. In the run-up to the final, Brit star Robbie Williams sent Davies good luck flowers.

Not merely a foreign affair, the U.K. version airs concurrently here in the U.S. on AXS TV.

There’s a place for Davies in a room like this. 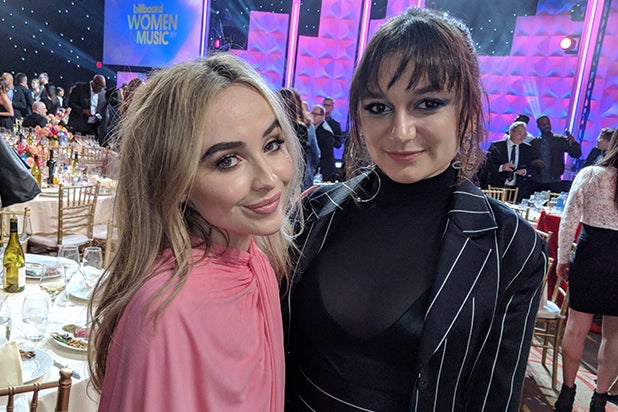 Back here in the U.S., Billboard’s event was livestreamed on Twitter, a curious and possibly financially incentivized decision considering Facebook, Instagram, and YouTube’s relative popularity and dominance in video entertainment. If producers could sort out music rights, it deserved to be televised.

Many specials with weaker lineups and no animating philosophy (like the power of women in music) still cling to the schedule.