In the electronic music festival industry, the biggest drop of the year just arrived: a news drop. Electric Daisy Carnival, the largest dance musical festival in North America held outside Las Vegas each June, has revealed key format changes for 2018.

First, the festival is moving up a month for the 2018 edition, from Father’s Day weekend in mid-June to May 18-20. That is the weekend right before Memorial Day, the start of Vegas’ peak tourist season. 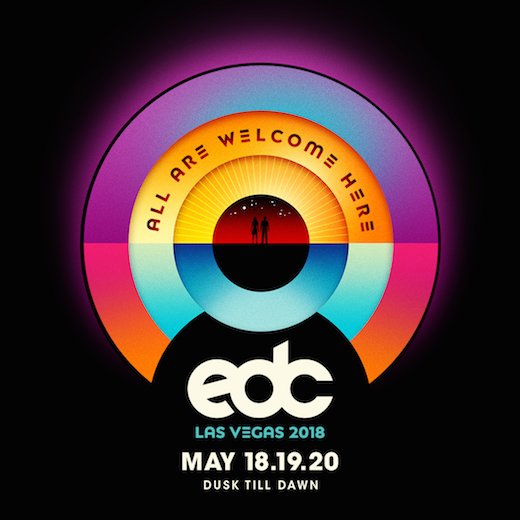 Second, producer Insomniac is adding camping to the festival, which will again be held at the Las Vegas Motor Speedway.

Thousands of “headliners” (as the guests are called within Insomniac’s vernacular) will inhabit air-conditioned tents and RV’s of varying sizes and comfort in a campground attached to the three night festival about eighteen miles northeast of the Strip.

I’ve been doing a lot of thinking about EDC Vegas, and I’ll be making a special announcement about some big changes soon. I promise it will be worth the wait! #EDCLV2018

With the evolution to a residential festival, Insomniac will expand the on-site programming beyond the festival’s “dusk-till-dawn” timetable.

For the uninitiated, EDC ends around 5:30 a.m. each morning. Catching major acts like KSHMR booked into a 4:15 a.m. time slot is routine. So is making it back to a hotel on the Strip anywhere between 7 to 9 a.m. in broad daylight and 90-degree heat.

Further, EDC will now allow select groups of attendees to build, produce and run their own “Sound Camps” on site. 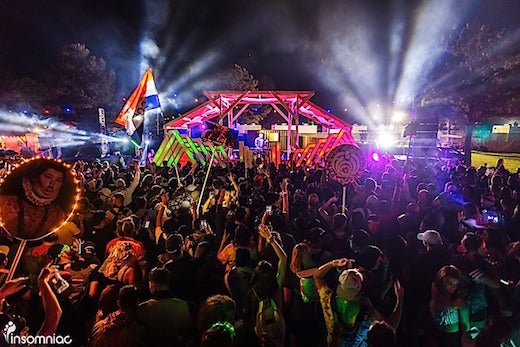 In its first five years in Nevada, EDC pumped $1.3 billion in to the local economy and created 2,370 full time jobs, per a 2016 Beacon Economics report.

This past June, 400,000 headliners traveled to the mecca of dance music to see unique artist collaborations like Diplo, Alison Wonderland, and Jauz sharing turntables and over 200 artists filling every niche on the electronic spectrum. 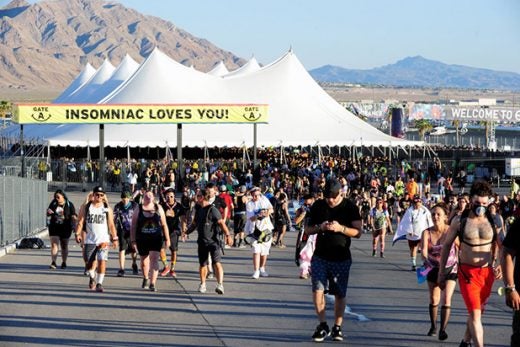 Drake’s surprise appearance on the niche-within-a-niche bassPOD stage on the final night was a milestone. On the same night, the crowd revolted against the misbooked DJ Khaled by booing him off the Cosmic Meadow stage.

EDC’s move to May, the addition of camping, and the engagement of a new transportation logistics company all appear to target the same pain point that has exhausted and drained headliners for years: a multi-hour journey to and from the speedway in lethal heat.

As speculation and rumors swirled in advance of the announcement, Reddit user Ephwurdz articulated the views of many fans. “I honestly don’t care about the [new May] date,” Ephwurdz posted. “Tell me how transportation is going to be fixed or I’m not going back.”

On opening night of EDC this past June, it was 104.5 degrees at 8 p.m. as the festival got underway. Had EDC taken place on May 18 this year, as it will next year, it would have been forty degrees cooler (64 degrees).

“Every year we inevitably experience congestion on the roads around the Speedway, since thousands of fans drive to and from the festival around the same hours,” Pasquale Rotella (Founder and CEO of Insomniac) said in a statement. “As we head into EDC Las Vegas 2018, the construction will be finished on the highway leading up to the Speedway, opening up three lanes and a pull-off area. Traffic will also be completely eliminated for campers and we’re opening gates early so headliners can enter before the festival starts for a special opening ceremony at cosmicMEADOW.” 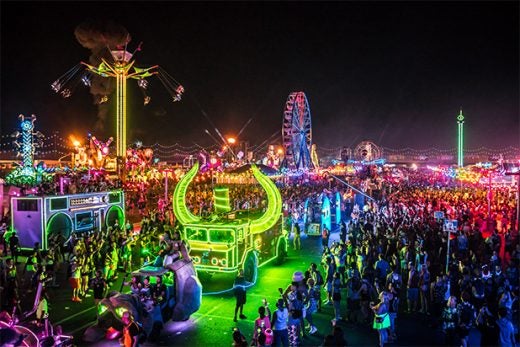 As much an experience as a concert, EDC has routinely sold out without announcing a lineup. Rotella usually reveals the bill only a few weeks before headliners start heading to Las Vegas.

Early-bird general admission wristbands will start at $325, a $10 drop from last year. VIP wristbands begin at $699.

Tickets go on sale on Thursday, Sept. 28 at noon PDT at EDCLasVegas.com.