The New York Film Festival has set “The Inspection” from director Elegance Bratton as its closing night film for the 60th edition of the festival. The movie from A24 will premiere on Oct. 14 at Alice Tully Hall.

“The Inspection” stars Jeremy Pope, Gabrielle Union, Raúl Castillo and Bokeem Woodbine and is the narrative feature debut of Bratton, who directed the 2019 documentary “Pier Kids” about homeless queer and transgender youth in New York.

The festival describes “The Inspection” as a “nuanced portrait of American masculinity and evocation of the military during the Don’t Ask, Don’t Tell era, as well as a forceful, electric work of autobiography.”

Bratton’s film is based on his own experiences as a gay man in Marine Corps basic training following a decade of living on the streets. It details a young man (Pope) dealing with the intimidation of a sadistic sergeant (Woodbine), his desire for a sympathetic superior (Castillo), and his complicated feelings toward the mother (Union) who rejected him. 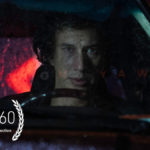 “I’m incredibly humbled that my debut feature film will close the New York Film Festival this year,” Bratton said. “So many of my favorite filmmakers have made an impact as a part of this illustrious program. I’m overwhelmed to be a part of it. And as a New Yorker, this is a dream come true.”

“Festival galas are often occasions to celebrate filmmakers we know and love, but for this year’s closing night, we wanted to introduce audiences to someone we think will be shaping the art form for years to come,” Dennis Lim, artistic director, New York Film Festival, said in a statement. “With ‘The Inspection,’ Elegance Bratton has made an autobiographical movie of rare power and confidence, a debut film for the ages.”

The 60th NYFF kicks off September 30 with opening night film “White Noise” from director Noah Baumbach. And Laura Poitras’ “All the Beauty and the Bloodshed” will be the centerpiece film. 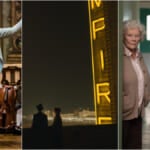