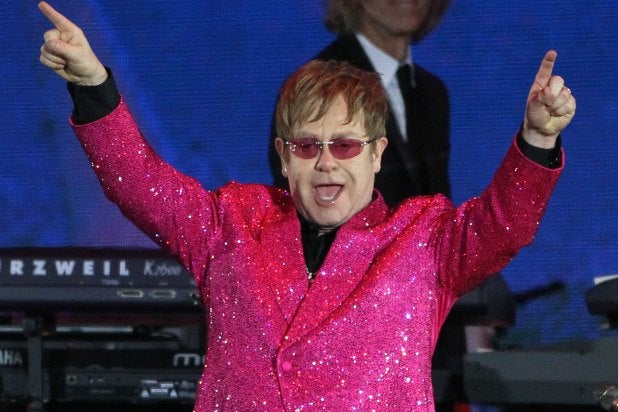 Elton John will ring in 2015 with a live performance during Dick Clark‘s New Year’s Rockin’ Eve. While Ryan Seacrest and the main stage will be located in Times Square, Sir Elton will be across the river in Brooklyn, singing his hit single, “I’m Still Standing” during his concert at the Barclays Center.

This marks the first time John has performed in New York on New Year’s Eve and his performance is set to take place soon after the ball drops. John joins a long list of performers already scheduled to appear throughout the night in what Seacrest is promising to be the biggest live music celebration in the show’s four-decade history.

Jenny McCarthy returns as co-host for her fourth year from New York while on the west coast, Fergie will be back for a ninth year to host the Billboard Hollywood Party as well as perform her single “L.A.Love (la la.)”

Also scheduled to appear live from Nashville are Gavin DeGraw and Lady Antebellum, who will perform at Music City’s New Year’s Eve Bash.