“Emancipation,” Will Smith’s first major film since winning the Best Actor Oscar — and slapping Chris Rock — is gearing up for its awards run. But director Antoine Fuqua believes that Smith’s shocking moment should not eclipse the message of his film and the work that he and his cast and crew put into it.

“The film to me is bigger than that moment,” Fuqua told Vanity Fair. “Four hundred years of slavery is bigger than one moment. My hope is that people will see it that way and watch the movie and be swept away with the great performance by Will and all the real hard work that the whole crew did.”

“Emancipation” is based on the true story of Gordon a.k.a. “Whipped Peter,” a runaway slave who allowed photographers to take a picture of his heavily scarred back from years of whipping from plantation owners. The photo became a symbol of the inhumane evils of slavery and one of the most widely circulated photos amongst the abolitionist movement. The film sees Smith play Peter, a slave based on Gordon, as he flees to freedom through the bayous of Louisiana and goes on to become a member of an all-Black Union Army infantry unit during the Civil War. 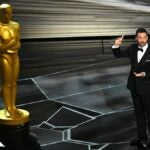 Fuqua told Vanity Fair that he had discussions with Apple about how to handle the release of the film after Smith’s slap at the Oscars, but said that pulling the film from release was never discussed.

“There was never a conversation with me and Apple or my producers about the movie not coming out,” the “Equalizer” director said. “My conversation was always, ‘Isn’t 400 years of slavery, of brutality, more important than one bad moment?’ We were in Hollywood, and there’s been some really ugly things that have taken place, and we’ve seen a lot of people get awards that have done some really nasty things. So I think Apple considered all those things, and we discussed a lot of those things. Then a decision was made by the people in charge of distribution and the money at Apple — and I’m grateful, I’m really grateful.”

Fuqua said he received many calls and texts on the night of the Oscars about Smith, but said he didn’t respond to it immediately because he was still recovering from shooting “Emancipation,” which he said gave him “post-traumatic stress” from filming multiple violent scenes. But he said that the slap shocked him given the months he had spent with Smith on the film. 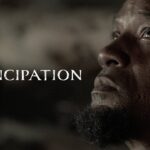 Also Read:
Will Smith’s ‘Emancipation’ Gets Trailer Ahead of Oscar-Qualifying December Release (Video)

“Will would go around and hug and shake hands—we had 300-something extras and military. Marines. We had to stop Will from doing that because of COVID. He’s funny. He’s fun. We had certain extras that were the dead bodies in the graves, and he would go give them money for laying there in that heat over 100 degrees,” he recalled.

“It’s really hard to release a character who’s been brutalized and called the N-word every day—constantly, every day—and still be the nicest person in the world,” Fuqua recalled. “That, I know. So no excuses for anyone or anything, but I can say that he’s a good man and I hope that people can forgive him and that we can move forward. I hope Chris and Will find a way to sit together publicly, privately, whatever, and make amends.”

“Emancipation” will be released in select theaters on Dec. 2 ahead of its release on Apple TV+ on Dec. 9.