In the world of costume drama, Alexandra Byrne is one of the true masters of the medium, especially the Elizabethan and Recency eras in England. After beginning her career in theater, Byrne’s work in films started with 1995’s Jane Austen adaptation “Persuasion,” and continued through 1998’s “Elizabeth” and its sequel “Elizabeth: The Golden Age” (for which Byrne won an Oscar in 2009) and the ambitiously denim-outfitted “Mary Queen of Scots.”

She’s also a key contributor to the aesthetic of Marvel’s superhero franchise, having designed the costumes for “The Avengers” and “Guardians of the Galaxy,” among others.

More recently, she worked on a sort of bookend project to “Persuasion,” another Austen adaptation called “Emma.” (period included) that was released to great acclaim in theaters mere weeks before the COVID lockdowns. Directed by photographer Autumn de Wilde (her filmmaking debut) and starring Anya Taylor-Joy (“The Queen’s Gambit”) in the title role, the film offered a sumptuous, fresh take on Austen’s classic — and no more so than in the bold, color-soaked, practically edible-looking clothes. “Alexandra Byrne’s intricate, season-sensitive costumes,” opined TheWrap review, “add their own liveliness to the visual splendor.”

The designer talked  TheWrap about her adventurous use of color and how a character’s wardrobe can be a focus-pull for the audience.

Did you dig up your research from “Persuasion,” which you worked on back in the mid-1990s?
I did. It made me laugh because in 1994 those images that I collected for my mood board were so hard to come by. Now we are inundated with images and the difficulty is filtering out the truths from the untruths. It was very fascinating, because in our careers we don’t often get benchmarks to measure things by. It was my first feature film and I know I was flying by the seat of my pants, as they say.

Did you read through this Jane Austen novel, “Emma,” before starting your work here?
Yes. But the beginning of any film is also about the script and then talking quite a bit with the director. And I love the research. Whether it’s a superhero film or a period film, whatever I’m doing, I need to know what it should be. Because by knowing what it should be factually, and by understanding that, I’m free to be able to interpret and tell a story. 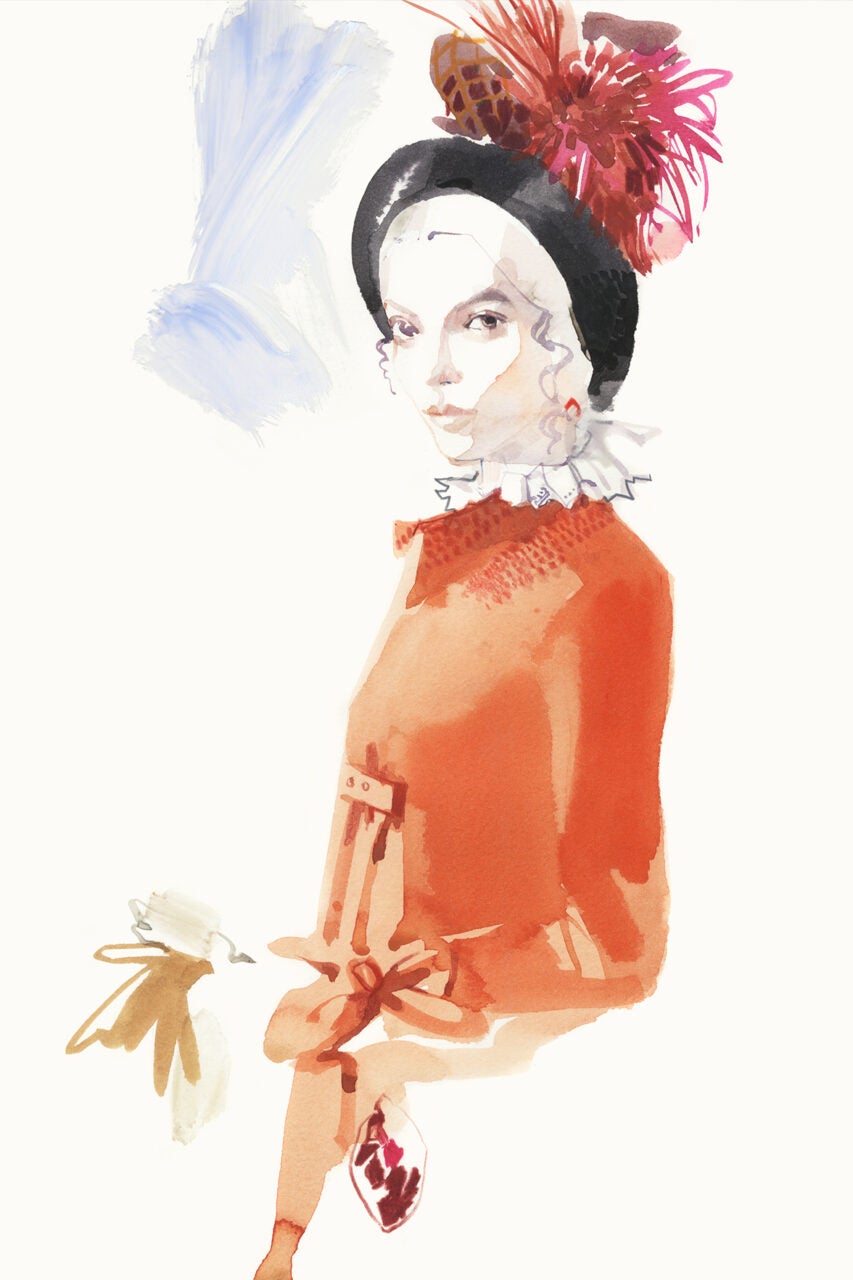 Then you’re not really so bound to period accuracy, necessarily? Like when you dressed characters in denim for “Mary, Queen of Scots,” about 300 years before that fabric was widely in use?
Correct. Because I’m not designing a museum archive. And I just feel liberated by knowing the rules, so to speak, and then pushing them. You can create the kind of rules that are your own, that enhance the story within the world that you’re trying to make. Otherwise it all just falls apart.

Have you ever worked with as much color as in “Emma.”?
There is a lot of color. It’s very vibrant. Working in the theater, we lean so much on black for costumes. It was when I did “Elizabeth” (1998) with Shekhar Kapur that I really learned about color. That was thrilling for me. That was when I realized that the use of color is the most powerful tool. It’s a great navigating device to guide your audience.

How much of the color palette that we see in “Emma” is historically accurate?
Oh, much of it. The great thing about designing costumes from the Regency period, as opposed to an earlier time, is that there are archival pieces that you can look at. We looked inside boxes where the fabric really hadn’t seen daylight. And we got a sense of the fabric’s true color and the way they used amazing color combinations. That really woke me up. 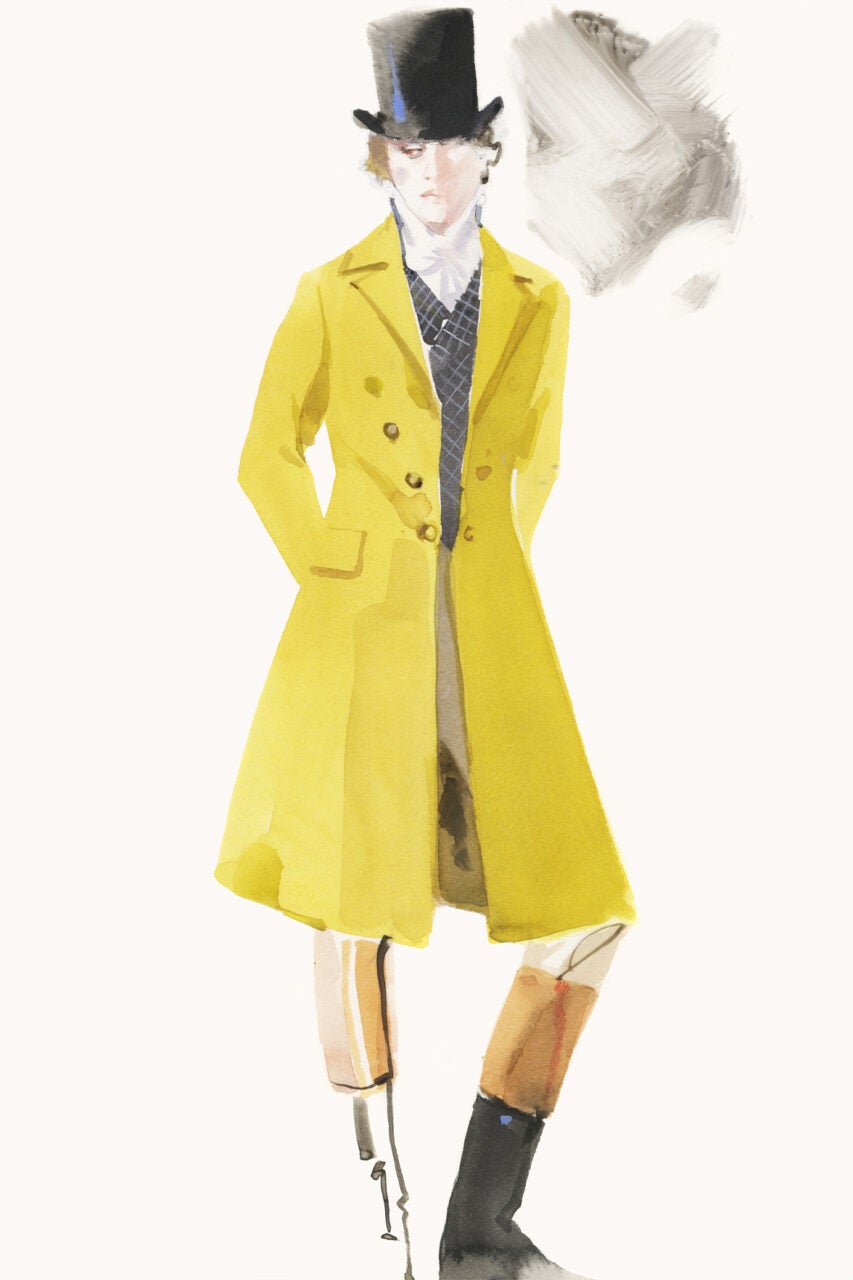 In what way is the film deliberately inaccurate?
Well, in terms of the amount of clothes. I wanted Emma to always have clothes that were appropriate for every occasion and every moment and every season and every day of type of weather. So in reality, we’d have to show most of the women in the village sewing on camera every day to make their own clothes. But you wouldn’t really have any drama happening if we did that.

How much did the colors and the costumes influence your director Autumn de Wilde?
All the colors came from conversations with Autumn. The colors told us that this period was full of fun and liberation for the women. It was about individuality. The shapes were changing. It was a revolutionary time for women’s clothing. Plus women’s magazines were just beginning to be printed. So for the first time fashion was there in print for everybody to look at.

There’s a long yellow jacket that Emma wears which has already become iconic. People on Etsy have been making their own versions.
Oh, nice. I haven’t looked.

How did you and Autumn decide on that bright, brilliant yellow?
We wanted Emma as  the queen bee of the village. She’s this pivotal person that people are revolting around. And so her look and her color defines the her world. And actually, there’s a fashion plate where that exact yellow is painted on the plate. and painted. When you use strong colors, it’s all about finding the fabric that takes that color, that hums in that color. We worked endlessly with fabrics and swatches and colors, and laying them all out, just looking at how they played together. And finding combinations that just came alive.

You also used so many light pinks and greens, pastel colors.
We did. I would say pastel colors are not my comfort zone. I suppose Autumn kind of pushed me out of my comfort zone. In terms of everything being more more more, while trying to keep a measure of being appropriate. She mentioned that the costumes should have the power of sugared macarons. Clothes that make you hungry.