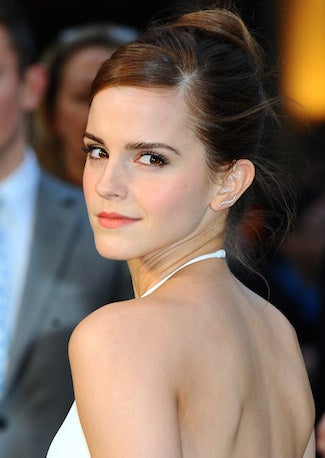 The fact-based film, a production of Majestic Filmproduktion and Iris Productions and co-produced by Rat Pack, will shoot in Luxem­bourg, Munich, Berlin and South America until the end of the year.

See video: Emma Watson Speaks Out for Feminism and Against Man-Hating at UN

Watson and Brühl play young couple Lena and Daniel, “who become entangled in the Chilean military coup of 1973. Daniel is abducted by Pinochet’s secret police and Lena tracks him to a sealed off area in the South of the country, called Colonia Dignidad.  The Colonia presents itself as a charitable mission run by lay preacher Paul Schäfer but, in fact, is a place nobody ever escaped from. Lena decides to join the cult in order to find Daniel.”

Watson, who most recently appeared in “Noah” and last year’s “The Bling Ring” (with a cameo in “This is the End”), is wrapping Alejandro Amenábar’s drama “Regression” alongside Ethan Hawke. Brühl, who earned a Golden Globe nomination last year for “Rush,” appeared this year in Michael Winterbottom‘s “The Face of an Angel” and is wrapping work on “The Woman in Gold.”