Two years ago, “Succession” received eight different acting nominations on its way to winning Outstanding Drama Series for its second season, and it might well do better than that this year for its third. But even with the truckload of nominations it will undoubtedly receive, the HBO drama is hardly a lock to win again — because it’ll be competing against the biggest phenomenon of the last year in TV, the addictive Korean drama “Squid Game.”

“Squid Game” should become the first non-English series ever nominated in this category, unless its fellow Korean show “Pachinko” achieves that feat at the same time. They’re both part of yet another brutally competitive Emmy race, with a small number of 2021 nominees going up against a lot of top shows returning to the Emmy competition, a healthy batch of first-year series and at least one long-running series, “Yellowstone,” whose time just might have come.

The drama field also contains the category with the largest number of entries in Emmy history: Outstanding Supporting Actor in a Drama Series, with an astounding 434 eligible performances. While Emmy rules determine the number of nominees in a category with a sliding scale depending on the number of entries, that scale maxes out at 241 entries and eight nominees — so even with 434 competitors, eight will advance and 426 will be eliminated. 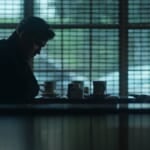 For each category, we’ve indicated how many nomination slots are available. In the event of ties, the number of nominees can change.

The only two 2021 drama-series nominees that are eligible this year are “This Is Us” and “Bridgerton” — and the latter show seems to be a longshot, given the return of past nominees “Succession,” “Ozark,” “Better Call Saul,” “Killing Eve” and “Stranger Things” to the race. And all of those shows probably won’t make it because voters will want to find room for a couple of newcomers from a slate that includes “Squid Game,” “Severance,” “Yellowjackets,” “Pachinko,” “Winning Time: The Rise of the Lakers Dynasty” and “Slow Horses.”

So what survives that pitched battle? The final season of “This Is Us” should give the broadcast networks (and last year’s nominees) one spot, while “Succession” and “Ozark” are probably the safest returning shows, followed by “Better Call Saul” and maybe “Stranger Things.” Among new shows, “Squid Game” is all but assured a spot; the question is whether it’ll be joined by “Severance” and “Yellowjackets,” both of which benefited from a surge of attention as voting neared.

Watch out for: “Stranger Things,” “Euphoria,” “Pachinko,” “Winning Time: The Rise of the Lakers Dynasty” 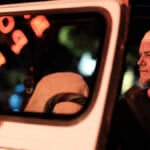 Outstanding Lead Actor in a Drama Series
Number of nominations: 6

Six nominees aren’t a lot for this category, particularly since the “Succession” duo of Brian Cox and 2020 winner Jeremy Strong are likely to claim two of them. And history is on the side of some other contenders: Jason Bateman and Sterling K. Brown have been nominated for every season of “Ozark” and “This Is Us,” respectively, with Brown winning once, while Bob Odenkirk was nominated for four of the first five of “Better Call Saul.”

That only leaves one spot, which seems destined to go to “Squid Game” star Lee Jung-jae. But maybe Odenkirk isn’t as secure as we think (the one season for which he wasn’t nominated was the last one, Season 5). And if that’s the case, Kevin Costner could finally land a nomination for “Yellowstone,” or Adam Scott for “Severance,” or John C. Reilly for “Winning Time.”

Outstanding Lead Actress in a Drama Series
Number of nominations: 6

None of last year’s nominees are eligible in the category this year, unless you count Elisabeth Moss, nominated last year for “The Handmaid’s Tale,” eligible this year for “Shining Girls.” But the lineup will still contain some old favorites: Zendaya (“Euphoria”), Laura Linney (“Ozark”) and Mandy Moore (“This Is Us”) have been nominated for those shows in the past and they’ll likely be back. Past nominees Sandra Oh and Jodie Comer (“Killing Eve”) are on the bubble, given the lukewarm reception for the final season of their show, as is Jennifer Aniston for “The Morning Show.”

“Yellowjackets,” meanwhile, is the one new show that seems guaranteed to land at least one nominee; the only question is whether sentimental favorite Melanie Lynskey represents the show on her own, or whether she’s joined by the show’s thornier standout, Juliette Lewis. And with the other yellow show, “Yellowstone,” finally breaking into voters’ consciousness, Kelly Reilly has a strong shot of landing a nom, as does newcomer Britt Lower for her breakthrough role in the new series “Severance.” 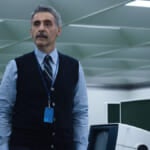 Outstanding Supporting Actor in a Drama Series
Number of nominations: 8

Their four fellow nominees could well come from just a pair of shows, with Jonathan Banks and Giancarlo Esposito from “Better Call Saul” and John Turturro and Christopher Walken from “Severance” all in good shape. Other shows that could crash the lineup include “The Morning Show” (Billy Crudup), “Yellowstone” (Gil Birmingham), “Winning Time” (Adrien Brody or Jason Clarke), “Squid Game” (Oh Young-soo) or “Stranger Things” (David Harbour).

Outstanding Supporting Actress in a Drama Series
Number of nominations: 8

Supporting actress doesn’t have quite as many contenders as supporting actor: only 394, which still makes it one of the most robust Emmy categories in history. In this case, the nominees may be spread out among more shows, though “Succession” will probably land nods for both J. Smith-Cameron and Sarah Snook, and “Stranger Things” has a shot at Sadie Sink, Millie Bobby Brown and Winona Ryder.

Among other shows, Julia Garner already has two wins for “Ozark,” and she’ll certainly get a chance for a third. It’s getting increasingly hard to understand why Rhea Seehorn has never been nominated for “Better Call Saul,” but we suspect it’s finally her time. And new shows will likely grab a few slots, with the strongest contenders including Jung Ho-yeon for “Squid Game,” Patricia Arquette for “Severance,” Christina Ricci for “Yellowjackets,” Youn Yuh-jung for “Pachinko” and Glenn Close for “Tehran.” 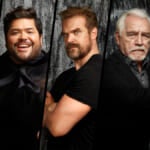