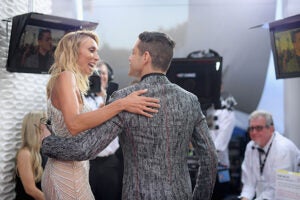 Emmy Preview: A Wide Open Race and a Big Challenge for Jimmy Kimmel and Show Producers

If a Hollywood award is handed out in the forest (or on Zoom) and there’s no one there to applaud the winner, is it really an award?

The Television Academy is facing a couple of big questions as the 72nd Primetime Emmy Awards approaches.

For one thing, with 2019 winners “Game of Thrones” and “Fleabag” out of the running this year, who will get the top prizes?

And second, how do you pull off an amusing and entertaining Emmy show in the pandemic era, with host Jimmy Kimmel by himself at the Staples Center and the nominees and winners at their homes around the world?

That second question might be an even more pressing one than the first. After all, if a Hollywood award is handed out in the forest (or on Zoom) and there’s no one to applaud the winner, is it really an award?

The Emmys, of course, have had a few dress rehearsals for their big show, with mixed results. The Primetime Creative Arts Emmys, which in recent years have been handed out at two live shows a week or two before the primetime show, were spread out over five nights this week — four of them streamed live on Emmys.com, the last aired Saturday night on FXX. All were virtual, and all were hosted by Nicole Byer, who stood by herself outside the Television Academy headquarters in North Hollywood; the presenters and winners checked in from their homes, and the whole thing was pre-recorded but assembled on the fly. (The Academy’s accountants revealed the names of the winners to the director during the show, so that he could cue up the correct clips.)

The shows were relatively sleek and fast-paced, albeit with too many dumb jokes that predictably felt pretty flat without an audience. They worked well enough except when the announcer on Saturday said that Jason Bateman had won the Emmy for Outstanding Guest Actor in a Drama Series while the card on the screen said that Ron Cephas Jones had won. (The card was right, the announcer was not.)

And those acceptance speeches, while occasionally heartfelt, also felt awfully dispassionate — which makes perfect sense when you realized that all nominees were asked to pre-record an acceptance speech that would run in the event that they won. When you subtract the giddiness that comes when a nominee learns they’ve actually just won, you can tell the winners’ hearts aren’t really in it.

That won’t be the case at the Primetime Emmys show, because those speeches will be live from wherever the winners happen to be. Host Jimmy Kimmel, meanwhile, will be on the stage of the Staples Center in downtown Los Angeles — a venue chosen by the Grammys because they can fit in two or three stages and a whole lot of fans, but one used by the Emmys because it’s so big that the crew can stand really far away from each other.

Of all the late-night hosts who have spent the last few months telling jokes to an audience that he can’t see or hear, Kimmel is one of the best at taking the lack of a crowd in stride. But the Emmys will be on a bigger scale than any talk show, and the glitches in Saturday night’s creative-arts broadcast are troubling when you consider how much more complicated Sunday’s show will be.

Still, the point will be to hand out golden statuettes in 23 categories, and to crown new winners in the Outstanding Comedy Series and Outstanding Drama Series categories. The last time the reigning champs in those categories were both ineligible was 1978, when the previous year’s winners, “The Mary Tyler Moore Show” and “Upstairs, Downstairs,” had both gone off the air and the prizes went to the eighth season of “All in the Family,” which had three previous wins, and the fourth season of “The Rockford Files,” which had never before won.

This year, “Schitt’s Creek” will hope to capitalize on the casting and costuming Emmys it has already won at the creative-arts ceremonies, and take the comedy-series prize for its final season; past winner “The Marvelous Mrs. Maisel” stands in its way, as does the final season of “The Good Place,” Season 4 of “Insecure” and the upstart “What We Do in the Shadows,” among others.

On the drama side, it seems to be a showdown between HBO’s “Succession” and Netflix’s “Ozark,” though it’s hard to rule out the “Star Wars” spinoff series “The Mandalorian,” which after the creative-arts shows is tied with “Watchmen” for the most Emmy wins this year.

And that’s not the only HBO v. Netflix battle that will be waged on Sunday. HBO has spent most of the past two decades as the most-nominated network each year, but Netflix nudged past it two years ago. The streamer lost that top spot last year but regained it this year with a record-breaking 160 nominations. But the best Netflix has done in Emmy wins was to tie HBO two years ago — and although the companies are deadlocked with 19 wins each after the creative-arts shows, it could be tough for Netflix to overcome the strength of HBO’s “Watchmen” in the limited series categories and emerge as this year’s winningest network.

Then again, are people really going to be keeping score in the aftermath of the COVID Emmys? More likely, we’ll be talking about the show itself, and whether the Television Academy was able to pull off an Emmys show like no other. 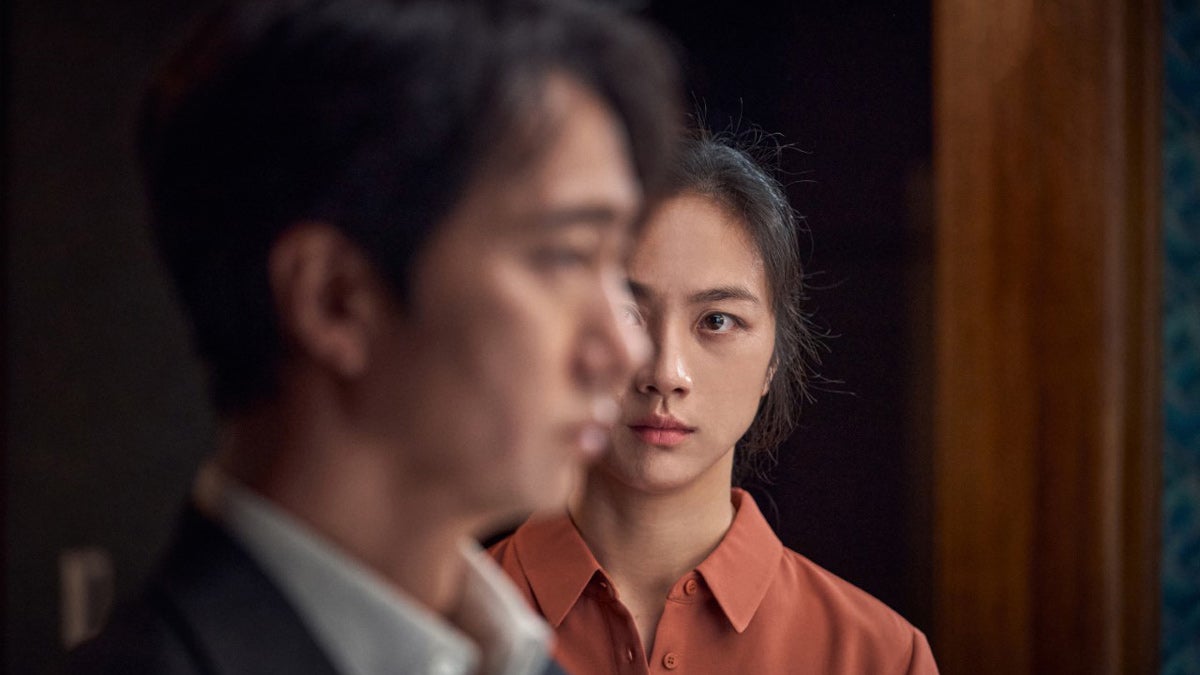 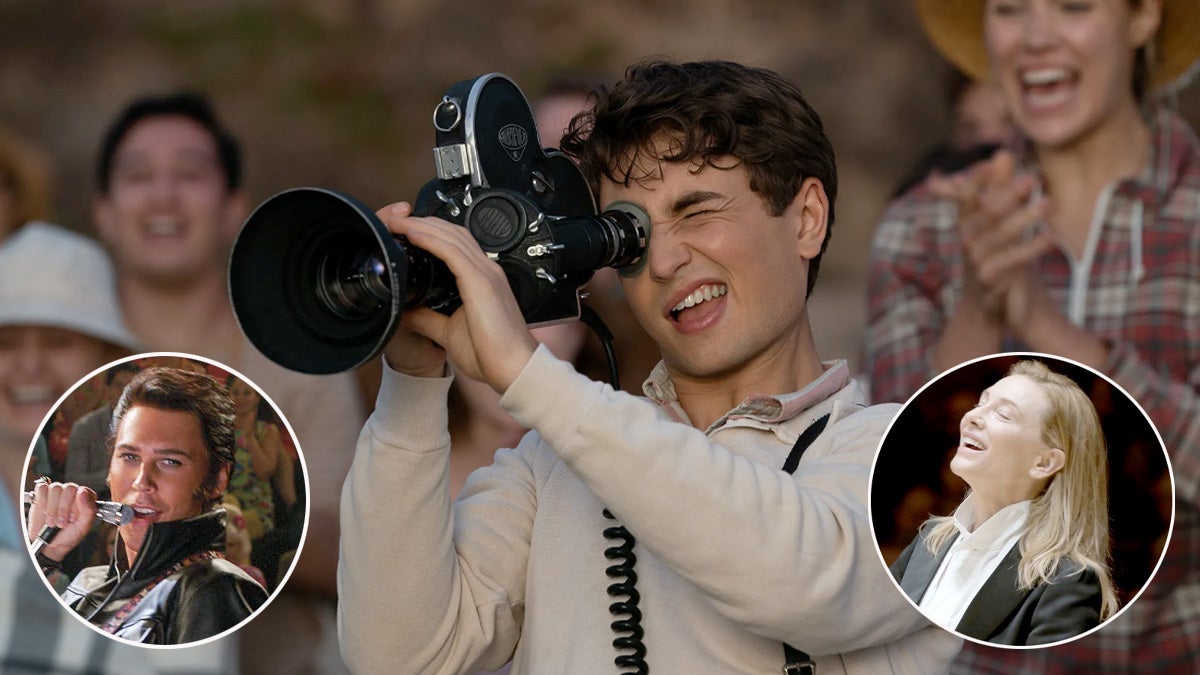 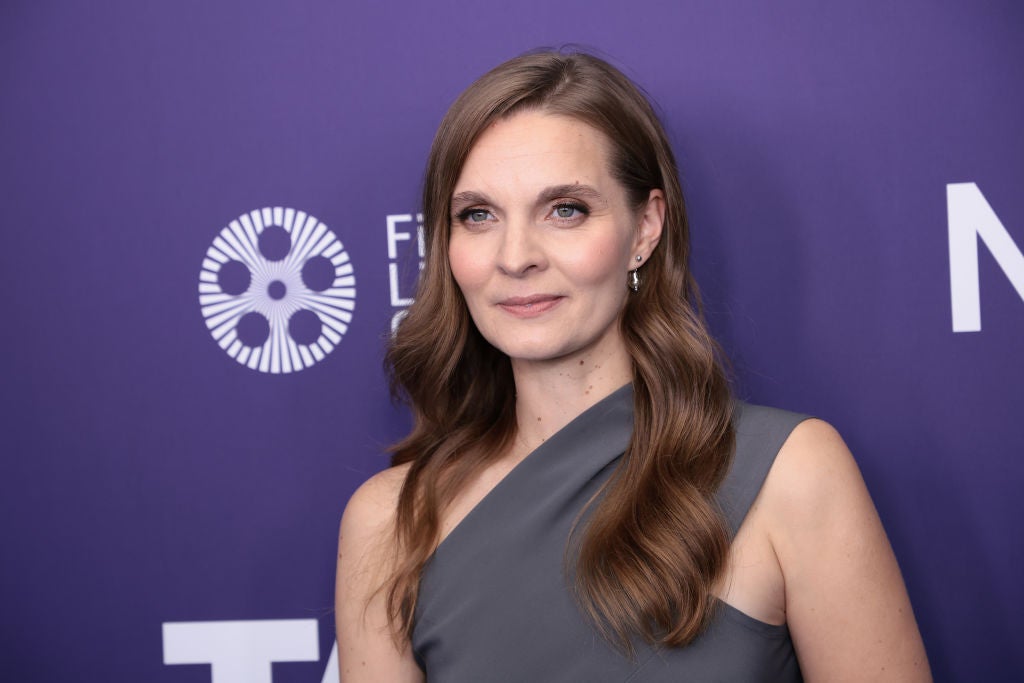 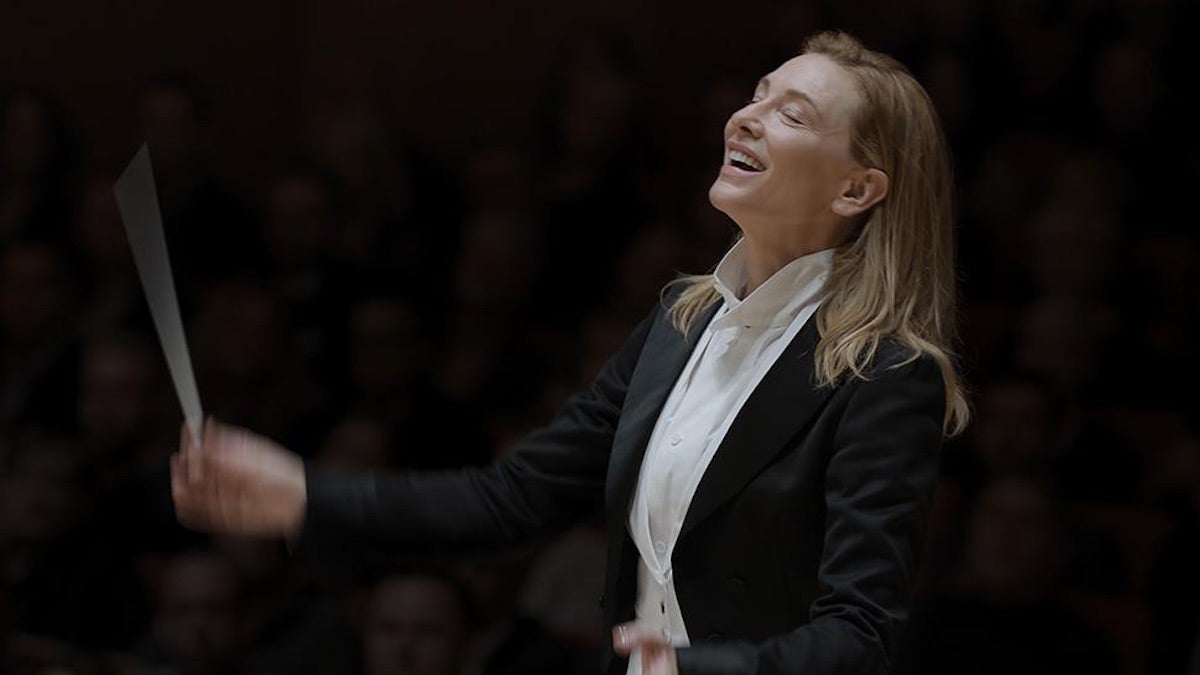 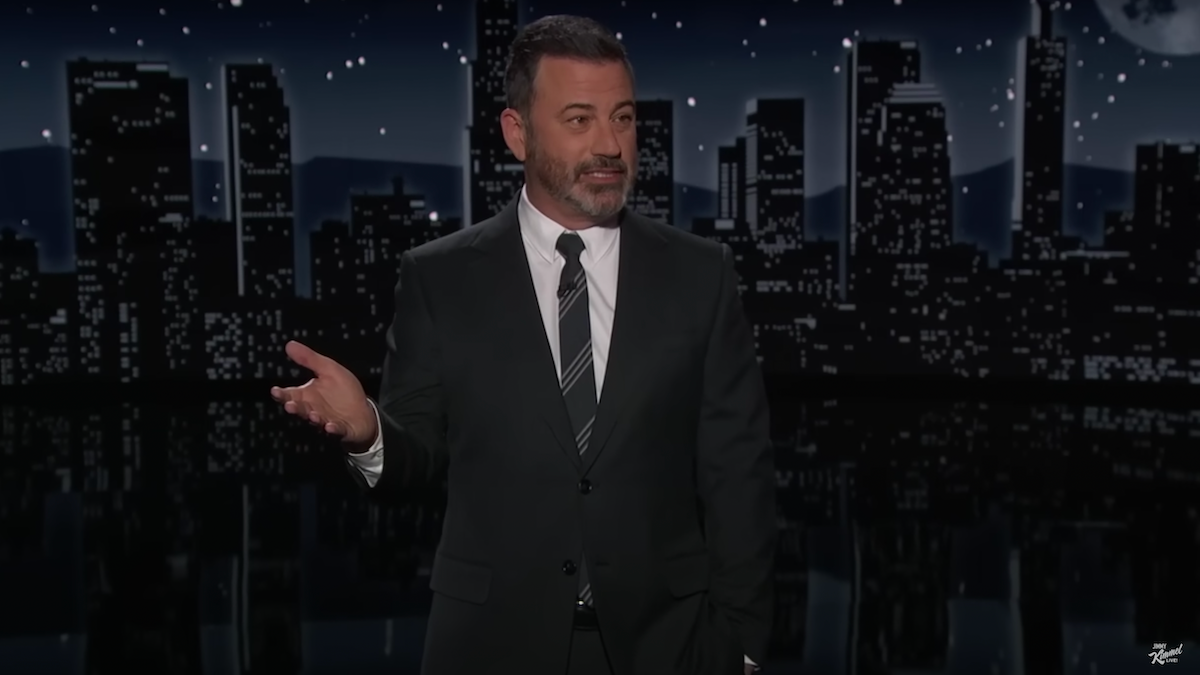 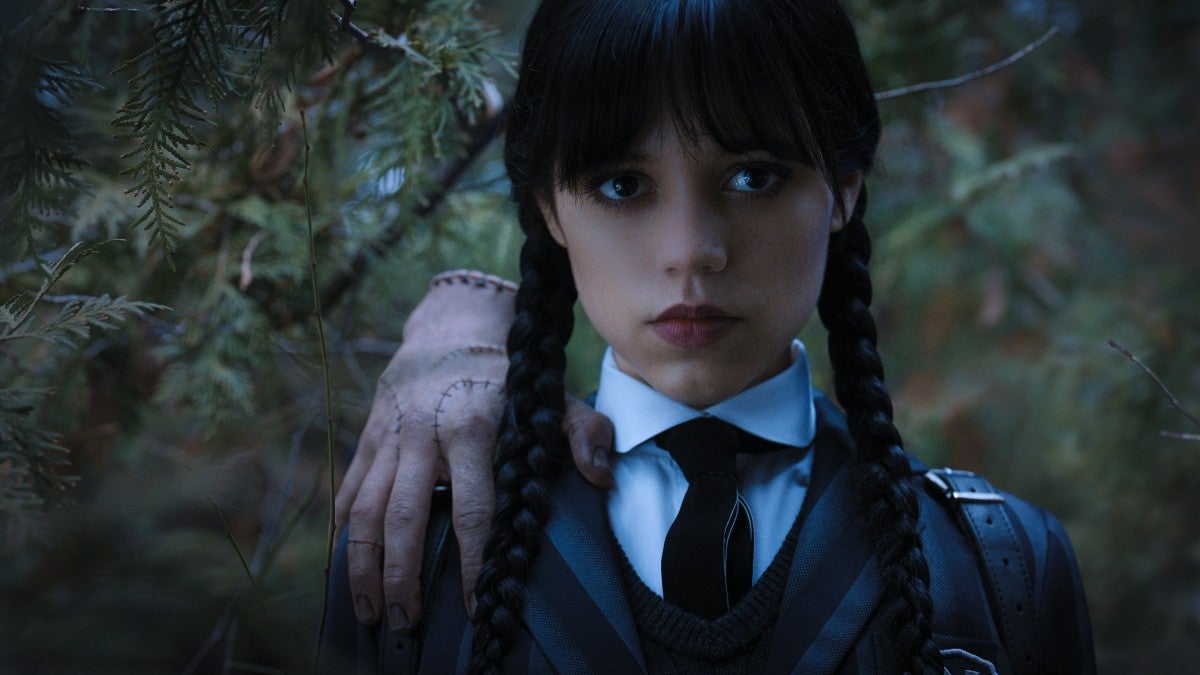