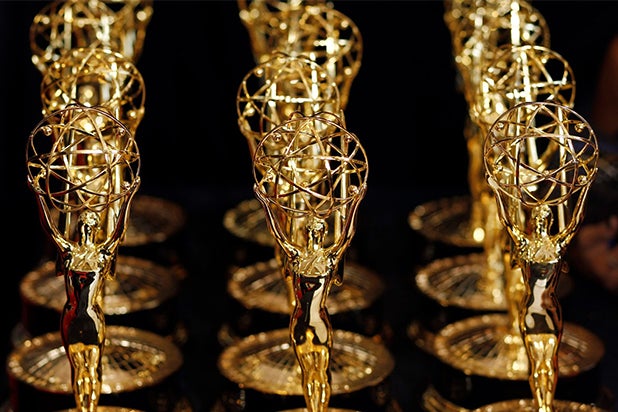 The number of eligible contenders in the short-form categories at this year’s Emmy Awards has been cut drastically following the Television Academy’s introduction of anonymous panels tasked with determining if entries are competitive enough to warrant Emmy consideration.

Last year, 50 different shows made the ballot in the Outstanding Short Form Comedy or Drama Series category at the 70th Primetime Emmy Awards. This year, though, that number was cut to 30.

The Outstanding Short Form Variety Series category, meanwhile, fell from 26 nominees to only 14. (Academy rules say that any category that does not field at least 14 nominees in consecutive years can be eliminated.)

And the Outstanding Short Form Nonfiction or Reality Series category dropped from 64 nominees last year to 47 this year.

Also Read: 'State of the Union' Star Chris O'Dowd on Exploring the 'Sausage Factory of a Marriage'

The Television Academy would not reveal how many short-form entries were disqualified this year; a spokesperson provided a statement to TheWrap that read, “Yes, we can confirm that there was a pre-screening panel and that meant that any submissions that were deemed not competitive were not placed on the ballot.”

One of the series deemed insufficiently competitive was “This Eddie Murphy Role Is Mine, Not Yours,” whose lead actor, Melvin Jackson Jr., was nominated in the Outstanding Actor in a Short Form Comedy or Drama Series in 2018. He submitted the series’ second season to the Emmys this year, but when the ballots were unveiled as voting began on Monday, Jackson’s program entry for “This Eddie Murphy Role” and his acting entry were not included.

Jackson told TheWrap that he emailed the Television Academy asking why he did not qualify and received an email from Academy President and COO Maury McIntyre saying that his entries “underwent review by three different panels” and did not receive enough votes from the anonymous panelists “to determine they were ‘professional grade, significantly-and-substantively competitive’ enough to move forward to appear on the ballot.”

Also Read: Timothy Olyphant Says 'Deadwood: The Movie' Reminded Him How Much He Stole From His Co-Stars

In an email to TheWrap, Jackson added, “The crazy thing is that people don’t know they are not in the ballot until the day of voting. Which is not OK because people like myself are campaigning, spending money and paying for their work to be on the FYC site.

“Everyone’s question is how do I get nominated for Season 1 of the same series but then not even get on the ballot this year?”

The panels, made up of randomly-chosen television professionals who do not know the identity of their fellow panelists, were asked to review all short-form submissions under a new rule that was announced in December.

Before a short-form entry can even go on the ballot, a majority of the panelists must judge it “professional-grade, significantly and substantively competitive.” That bar doesn’t exist in any other category, and it suggests that the Academy had concerns about nominees that struck some as too amateurish to warrant the honor.

The Academy did not admit as much, telling TheWrap in May, “As short form submission volume continues to grow, we want to take the opportunity to pre-vet and clear for category consideration in advance of first round voting.”

At the time the rule was announced, some speculated that it was aimed at “An Emmy for Megan,” a web series by “The Good Place” writer Megan Amram that poked fun at Emmy qualifying rules and purported to exist solely so that Amram could win an Emmy. (She landed two nominations last year but did not win.)

Also Read: 'Good Place' Writer Megan Amram Wants an Emmy So Badly She Made a Whole Series About It

But the second season of “An Emmy for Megan,” a series that is as smart as it is silly, made it past the pre-screening panels this year and qualified in the short-form series and acting categories. She is one of only two performers to qualify for the same short-form show in consecutive years, the other being Naomi Grossman from “CTRL ALT DELETE.”

But the short-form acting categories are a different matter. Production values are definitely lower than most Emmy categories on web series like “Caught the Series,” “Break a Hip,” “Broken,” and “An Emmy for Megan” and “This Eddie Murphy Role Is Mine, Not Yours,” all of which had nominated performers last year.

Melvin Jackson, though, is left to wonder why he spent money to campaign when he wasn’t even allowed on the ballot.