Historically, the first weekend of December is a very weak one for the box office as studios avoid releasing new films to dodge competition from Thanksgiving releases and big blockbusters coming later in the month. With rising COVID infections and headlines about the Omicron variant, this year is no different.

With no new wide releases, Disney’s “Encanto” stayed at No. 1 with just $12.7 million grossed in its second weekend. That’s roughly half of the $25.5 million post-Thanksgiving total earned by “Ralph Breaks the Internet” in 2018 and even beneath the $12.3 million taken in the same early December period by Pixar’s 2015 film “The Good Dinosaur,” though Disney notes that the 53% weekend drop for “Encanto” is lower than for both those films.

“Encanto” will likely need all of its 30-day theatrical window to reach $100 million domestic, but that will still make it by far the highest grossing animated film of the year. In fact, with a $58 million running total through two weekends, it will likely take that title this coming week when it passes the $70.5 million grossed by “Space Jam: A New Legacy” this summer. Globally, it has now passed $100 million with a $58 million overseas total and $116 million overall. 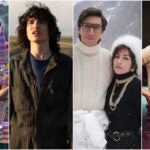 Sony’s “Ghostbusters: Afterlife” finished in second with $10 million in its third weekend, passing the $100 million domestic mark to reach $102 million. That’s enough to put director Jason Reitman’s sequel into the top 10 highest grossing domestic releases of the year and will soon pass the $116 million total of “Jungle Cruise” for the No. 9 spot.

MGM’s “House of Gucci” is third with $6.7 million in its second weekend, giving it a running total of $33.6 million domestic and $67.2 million worldwide. In fourth is the sole newcomer to the top 5: Fathom Events’ “Christmas With The Chosen,” a Christmas special of a crowdfunded TV series about the life of Jesus that is running as a limited engagement from Dec. 1-10. Fathom has reported around $4 million from 1,600 theaters this weekend and $8.9 million in ticket sales overall, making it the best-selling in-cinema event in Fathom’s box office history.

Just below it is Disney/Marvel’s “Eternals,” which completes the top 5 with $3.9 million in its fifth weekend and a $156 million running domestic total. With $386 million worldwide, it now joins fellow MCU films “Black Widow” and “Shang-Chi and the Legend of the Ten Rings” in the worldwide box office top 10 for 2021. 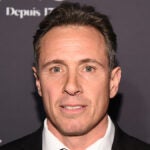 Next weekend will see the box office start to pick up again with the release of 20th Century’s “West Side Story,” which has been praised by critics as a worthy companion to the Oscar-winning 1961 adaptation of the Broadway musical and has an early 95% Rotten Tomatoes score. With Steven Spielberg as director and strong Oscar buzz, the film is at least expected to earn a stronger opening than recent musical flops “In the Heights” and “Dear Evan Hansen.”

But what theaters are really waiting for is “Spider-Man: No Way Home,” which is expected to be the first $100 million-plus opener of the pandemic era after Fandango reported that presales for the Marvel film in the first 24 hours exceeded that of “Avengers: Infinity War.” That would make the film the fifth December release to top $100 million in its opening weekend and would give Sony three $100 million-plus domestic grossers in as many months along with “Ghostbusters: Afterlife” and “Venom: Let There Be Carnage.”