Media and technology sector consultant David Carde has filed suit against Endeavor for “breach of implied in fact contract” and “unjust enrichment”, alleging that the powerful talent, sports and events company stole his detailed analysis that led to the company’s successful $10.3 billion IPO in the spring of 2021.

In the suit, filed Thursday in Los Angeles County Superior Court, Carde said that he was not given credit or payment for an analysis that he sent to Endeavor CEO Ari Emanuel in 2019 after Endeavor’s failed IPO, which the consultant believes was crucial to the success of the company’s successful IPO effort.

“We believe these claims are without merit and Endeavor intends to defend itself vigorously,” an Endeavor spokesperson told TheWrap in an email.

The suit said that after the company’s plans for the 2019 IPO effort became public, Carde “closely followed Endeavor’s communication strategy and other related activities and the market’s reaction thereto. Mr. Carde determined that Endeavor failed to understand the actual worth of its assets and, more importantly, was failing to effectively communicate its value to the marketplace.”

According to the suit, Carde “employed an unconventional expression of “network effects” as a means of unlocking Endeavor’s true value and of effectively communicating that value to the market. Critically, Mr. Carde’s insights into ‘network effects’ were idiosyncratic and his own and cut against conventional thinking. Similarly, his application of his insights into network effects to Endeavor were unique and a competitive advantage that Mr. Carde could have utilized for companies which compete with Endeavor.” 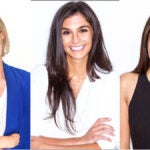 The lawsuit said “the magnitude of Plaintiff’s contribution to the success (and indeed the survival) of Endeavor cannot be overstated. Following the embarrassment of the failed first IPO, Endeavor’s crushing debt became an existential threat after the COVID pandemic ground the Company’s business to a halt. However, once Endeavor stole and then embraced Mr. Carde’s approach of communicating about its business to the market a pathway to a successful IPO became apparent and was ultimately realized. Mr. Carde is entitled to be paid for Endeavor’s implied contractual obligations to compensate him for the use of the Analysis and Diagram in an amount to be proven at trial.”

Carde’s lawsuit compares the alleged theft to the oft-repeated story of how the Endeavor agency was founded when “Ari Emanuel and three fellow agents broke into ICM in the middle of the night, stole a bunch of client files and stuffed them into a SUV parked by a freight elevator. This case concerns another theft by Endeavor and Mr. Emanuel: The theft of Mr. Carde’s intellectual property.”

This story has been updated with comment from Endeavor.