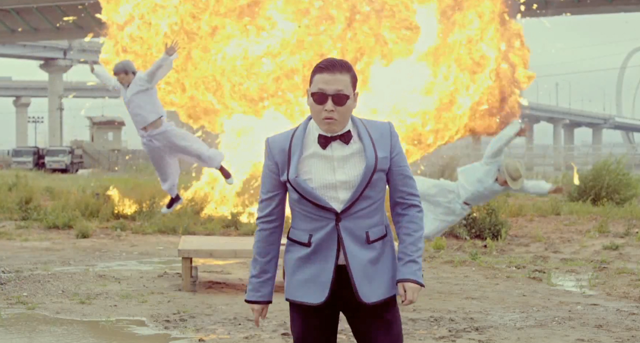 From "Iron Man 3" to "Gangnam Style," films, YouTube clips, music and television shows are breaking through cultural and language barriers in unprecendented fashion. Fueled by the growth of social media platforms, entertainment is becoming the great ambassador between far-flung countries. That's the conclusion of Edelman's annual survey of consumer attitudes towards entertainment.

The market research firm polled consumers in 10 countries and found that 67 percent of respondents believe sharing and watching media has given them a stronger link with other countries than they ever had before.

"In markets like Brazil and China and India, people are looking for more ways to interact with the rest of the world and they're using entertainment to create a global link," Gail Becker, chair, U.S. Western Region, Canada and Latin America for Edelman, told TheWrap.

The study has been conducted for seven years, growing more globalized in its approach aloong with the industry. This year, Edelman expanded its research beyond the U.S. and the U.K. to include countries like Brazil, China and Korea that have become increasingly important to Hollywood's bottom line. It's an approach, Becker said, that Edelman will continue to employ.

"I would like to think that the list of countries [we survey] will be malleable as the world shifts," Becker said. "I can't imagine going back and just looking at the U.S. and the U.K. again. Global connectedness has really changed and transformed the way the world looks." In total, 6,500 people in eight countries responded to the study, giving its findings a margin of error of plus or minus 1.2 percentage points.

Edelman's report comes in the height of the summer movie season — a time of year when the power of the global box office is on full display.

Increasingly, films like "Iron Man 3" and "Fast & Furious 6" are setting their stories in foreign countries and featuring casts that are drawn from a global talent pool. It's an acknowledgement of a shift that has seen 70 percent of box office receipts come from abroad.

Just last year, for instance, China became the second largest market for films, and analysts now project that it will surpass the U.S. as the preeminent market by 2020.

At the same time, the viral nature of South Korean musician Psy's single "Gangnam Style," which became the first YouTube video to reach 1 billion views, shows that these cultural divides do not have to be surmounted solely because of charisma or financial heft of a major movie star or studio.

Indeed, moviegoers and TV watchers are becoming acclimated to this content migration. The Edelman survey found that respondents were more open to watching online videos from far-flung places than they were a year ago, with 63 percent saying that the would consider viewing foreign content.

However, U.S. and the U.K. denizens lag behind their foreign cohorts when it comes to a willingness to watch things in translation. Sixty percent of respondents in the emerging markets had watched or listened to entertainment in a language they do not speak compared to 41 percent in the U.S., U.K. and Germany.

The devices people are using to consume entertainment are shifting along with the cosmopolitan nature of the business. Television remains the most popular means of accessing content in most countries, but laptops and mobile devices are picking up steam. Respondents in the U.S., U.K., India, Brazil  and Germany were most likely to watch programming on televisions, while laptops were the second most popular device.

Yet in China and Korea mobile phones were the most widely turned to entertainment device. It may not be a matter of choosing between the tablet and the tube much longer. Ninety-six percent of respondents said they had used mobile devices or computers while watching television or other devices and 51 percent of people said they had two devices running simultaneously "most of the time."

Although old and new media are often seen as being in opposition to one another, movies and television are major conversation starters on social media. On sites like Facebook and Twitter, what someone watched or read is as likely to be a topic of conversation as what they ate or how they slept.

Globally, 76 of people who use social media said they shared their reaction to various sources of entertainment, while roughly the same number (75 percent) wrote about their personal lives.

The good news for producers hoping to stifle bad buzz about a movie or program is that people are five times more likely to share a positive entertainment experience than a negative one when it comes about advising friends and family on what to watch.

That should be greeted with a sense of relief in some corners: A critical dud, after all, can easily become a flop in any language.