Kim will oversee the network and studio’s primetime and daytime programming, and he will report to Reisenbach and president of CBS Studios, David Stapf.

Kim’s stint at CBS spans over 11 years, beginning in 2011. During that time, he oversaw all phases of production for both comedy and drama series, including “Blue Bloods,” “FBI: Most Wanted,” “FBI: International” and “CSI.” 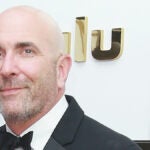 Before CBS, Kim worked on live action series for Nickelodeon and Teen Nick from 2009 to 2011. He later became vice president of current programming at the CW, where he stayed for three years.

“I’ve worked closely with Eric for over a decade and have always been impressed with his incredible programming instincts, skill in working with showrunners on our biggest hit shows and strong relationships throughout the creative community,” Reisenbach said. “I’m very excited for him to take on this significant role. He is a proven, smart executive whose leadership and input will be vital to the success of our series.”

Kim’s journey into the entertainment industry began while working for director Jonathan Demme on the Oscar-winning film “Philadelphia.” He is an alumnus of the University of Pennsylvania, where he received a Bachelor of Arts degree in English literature.

“Eric’s creative instincts and his ability to champion new writers and producers complement his strong relationships with established showrunners, making him an exceptional executive,” Stapf said. “His leadership has earned the trust and respect of both the industry and his colleagues at the Studio and Network. As Eric steps into this new role, I’m looking forward to seeing the impact he makes both within the creative community and on our series that are enjoyed by global audiences.” 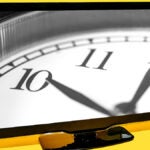