Ernie Hudson has been cast opposite Raymond Lee as a lead in NBC’s “Quantum Leap” pilot, TheWrap has learned. The new series is a reboot of the original show, which starred Scott Bakula as a time traveler.

Hudson will play Magic, a military veteran and head of the time travel project at Quantum Leap.

Lee is set as Dr. Ben Seong, a “spiritual successor” to Bakula’s beloved time traveler, Dr. Sam Beckett. Per NBC, the character is “both a scientist and man of faith. He’s a world-renowned physicist working on a time travel project known as Quantum Leap.” 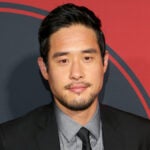 The new series is set three decades after the original series. Here’s the logline for the new “Quantum Leap” pilot: “It’s been 30 years since Dr. Sam Beckett stepped into the Quantum Leap accelerator and vanished. Now a new team has been assembled to restart the project in the hopes of understanding the mysteries behind the machine and the man who created it.”

Hudson is just coming off a reprisal of his “Ghostbusters” role as Winston in the 2021 sequel “Ghostbusters: Afterlife,” and had a role in the Netflix comedy series “Grace and Frankie.”