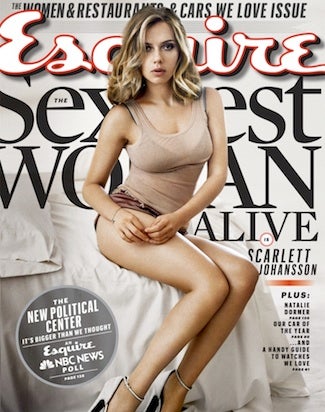 Taking advantage of its working relationship with its namesake magazine, Esquire Network is producing two new specials based on franchises from the magazine.

“Women We Love” will air on Tuesday, Nov. 19 at 8/7c to coincide with Esquire magazine’s “Sexiest Woman Alive” issue in November, Produced by Wilshire Studios and executive-produced by Jennifer Lane, the hourlong program celebrates women who fit Esquire’s criteria for sexy described as “fascinating women who inspire us with their beauty, intelligence, style and passions.”

The second newly greenlit special is “Best Bars in America (Working Title).” The one-hour special follows two friends and comedians, Jay Larson and Sean Patton, as they explore bars featured in Esquire magazine’s annual feature. The pair will drink their way across the nation from Milwaukee to Chicago and San Francisco. It will be produced by Magical Elves and executive producers Dan Cutforth and Jane Lipsitz (“Top Chef”).

“Both are perfect examples of how our partnership with Esquire offers the opportunity to extend some of their most popular features on air in ways that are really engaging and compelling,” Esquire Network’s original programming head, Matt Hanna, said in a statement.

Network president Adam Stotsky told TheWrap that the network will continue to find ways to work together where it makes sense.

“We have a monthly meeting with [Esquire magazine] where we talk about what we’re working on, what we’re interested in, what we’re developing,” he said. “They do the same in respect to their editorial calendar and we try to find opportunities where we can collaborate as well as discuss multiplatform, 360-degree solutions for our respective clients.”