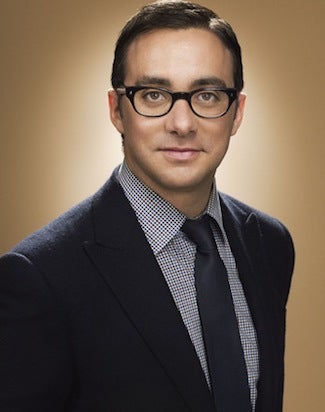 On its second day on-air, Esquire Network will begin airing its first original series in primetime on Tuesday. Replacing Style Network, the new cable network focuses on a specific kind of guy.

“David Granger, the editor-in-chief of the magazine has a short hand for it, so I have to quote him. He calls it the ‘high normal American man.’ These guys are a little bit smarter, a little bit more educated, perhaps a little bit more urbane,” Esquire Network’s president, Adam Stotsky, recently told TheWrap.

“More importantly, we’re talking to all guys who have a diverse set of interests and passions,” he elaborated. “Lots of guys are into sports, but we also know that lots of guys are interested in lots of other stuff. So while we have a specific focus on a slightly more aspirational audience, I think that the subject matter that we’re exploring, the voice and personality of the network will connect with all guys with lots of interesting passions.”

The network launched with five original series with the rest of its schedule filled in by shows from sister NBCUniversal networks, including scripted syndicated series like “Parks and Recreation,” “Party Down,” “Burn Notice” and “Psych.”

In a discussion with TheWrap, Stotsky further discussed what the network plans to offer its audience and where he sees it going in the next five years.

What kind of cooperation can we expect between the network and the magazine?
Adam Stotsky: Operationally, the channel is owned and operated by us at NBCUniversal and so all the key not only creative and programming but business decisions we’ll rest in our hands. That said, David Granger and his staff have been great partners for us in terms of insight with this audience as far as stories they’ve seen resonate with this audience. And quite honestly, they’ve just got great taste.

We have a monthly meeting with them where we talk about what we’re working on, what we’re interested in, what we’re developing. They do the same in respect to their editorial calendar and we try to find opportunities where we can collaborate as well as discuss multiplatform, 360-degree solutions for our respective clients.

How will you win over viewers who have already decided that they’re not Esquire Magazine readers?
I think it’ll be up to us to prove them wrong. That will really rest on the shoulders of our programming. And we feel very confident that we’ve done interesting, diverse slate of content that’s fresh and unique and will speak to our prospective audience, whether they’re a reader of the magazine or not, in ways that entertain and engage them. So, we feel the Esquire brand and a starting point and Esquire Network will be wholly new and I think it’s up to our shows to prove their value each and every time.

Oprah Winfrey has been very vocal about the intense scrutiny she and OWN were under in its first year. Have you braced yourself for that?
Hopefully, if people are talking about us they’re interested. We’re in for the long haul. It’s a marathon, not a sprint. We’ll learn more and more each and every day. And with each new programming initiative we put it. But, we’re really committed to making this the best experience possible and we’re really proud about the initial slate of shows we’re going to put on. We think we’re going to deliver great value to our advertising partners. We’re just going to keep our heads down and focus on telling great stories and building a great experience for the long haul.

Will Esquire Network offer original scripted programming?
In the near term, our content focus is in the unscripted, nonfiction. We think that’s where the opportunity lies. We think that’s the best way to focus in on what guys are most interested in.

Several of the NBCU cable channels have cornerstone shows, for example “Real Housewives” for Bravo and “The Kardashians” for E!. Do you think you’ve already found Esquire’s cornerstone series?
Until we open our doors, we love all of our children equally. We’ll see how everything performs and we’ll gain some insight into where we’re seeing some traction. We’d be quite thankful if we were able to build a successful franchise like “Housewives” or “Kardashians” specific for the Esquire brand. That would be great.

What’s your timeline for offering a 24-hour schedule of original programming?
I think in the next four or five years, we’d like to be 100 percent original. We’ll take it show-by-show and step-by-step. Really for us, the path to success will be in creating original differentiated content.