The European Union is banning Russian state media networks RT and Sputnik as part of a series of measures in support of Ukraine amidst the ongoing Russian invasion, the European Commission announced on Sunday.

“The state-owned Russia Today and Sputnik, and their subsidiaries, will no longer be able to spread their lies to justify Putin’s war,” European Commission President Ursula von der Leyen said in a statement. “We are developing tools to ban their toxic and harmful disinformation in Europe.”

The new sanctions come as countries around the world move to isolate Russia following President Vladimir Putin’s decision to invade Ukraine this past Thursday. Some major tech companies have also taken action, as YouTube announced on Saturday that it would pull all ad revenue for RT and other Russian-owned channels on its site while blocking access to their videos in Ukraine.

Twitter and Facebook parent company Meta have also taken similar steps to pull ad revenue from Russian state-controlled pages. Twitter removed all ads from its site in Ukraine “to ensure critical public safety information is elevated and ads don’t detract from it,” according to a statement released Friday. All three sites say they are increasing their efforts to crack down on videos and users spreading Russian misinformation amidst new pressure from both American and Ukrainian officials.

“We can expect to see an escalation in Russia’s use of both overt and covert means to sow confusion about the conflict and promote disinformation narratives that weaken the global response to these illegal acts,” Virginia Sen. Mark Warner wrote in a letter to multiple Silicon Valley companies. 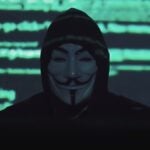 Along with the media shutdown, the EU is blocking its airspace to all Russian-owned aircraft both public and private, leveling new sanctions at Russian ally Belarus, and moving to “prohibit Russian oligarchs from using their financial assets on our markets,” according to van der Leyen. The EU will also provide weapons and military equipment to Ukrainian forces, marking the first time it has done so to a nation under attack.

“Putin embarked on a path aiming to destroy Ukraine. But what he is also doing, in fact, is destroying the future of his own country,” van der Leyen said. 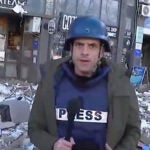